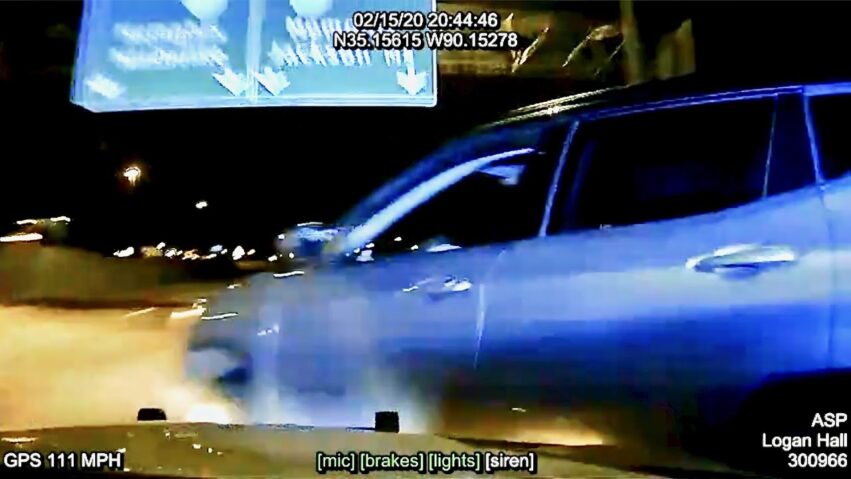 From the report of Arkansas State Police Trooper Logan Hall, lightly edited for clarity and brevity:

“On February 15, 2020 at approximately 8:42 p.m. I heard Sgt. Hydron advise that he was in pursuit of a Silver Jeep Compass bearing Arkansas tag 842XKR and traveling eastbound on the Walmart service road in West Memphis. The vehicle was reported stolen out of Little Rock. I was traveling eastbound on the interstate and observed the Jeep and a black Chrysler 300 driving recklessly and at a high rate of speed on the service road in front of Applebee’s. I took the 278 exit and entered the south service road behind the suspect vehicle, taking over as primary in the pursuit.

After Sgt. Hydron confirmed through radio traffic that the Jeep was the suspect vehicle, with my emergency equipment activated, I attempted to stop the vehicle, but it failed to stop and continued fleeing at excess of 100 mph.

The vehicle reentered Interstate 40 eastbound in front of the Holiday Inn Express and reached speeds of over 100 mph. I attempted to match the suspect’s speed and conduct a Precision Immobilization Technique (“PIT”) maneuver on the vehicle. The suspect swerved at me, attempting to strike my vehicle. As I began to close the distance, the vehicle exited the interstate at the Ingram exit. I continued eastbound on the Interstate and Sgt. Hydron became primary.

Assisting officers and I were able to take the driver, later identified as Bryandon Clark into custody without any further incident.”

Do you have independently verifiable inside information on a story we are or should be covering? Email tips@rwp.yt. Although we cannot respond individually to every submission, they are all read. If we need more information from you someone will be in touch.

Found an error in a story? Email corrections@realworldpolice.com. 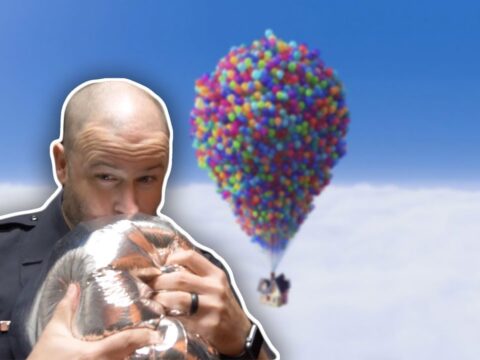 If Cops Had Helium Voice 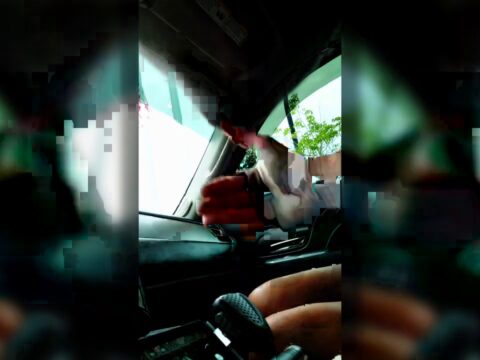 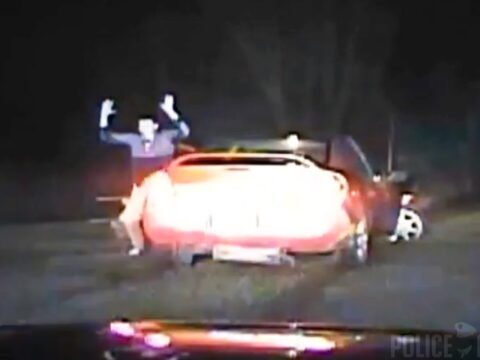 Police Chase Of Stolen Car Ends With Crash In Elyria 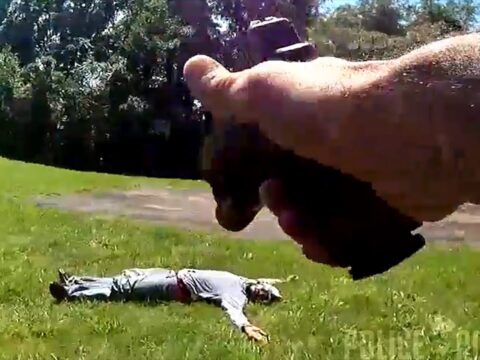 Bodycam Shows Police Shootout During Instagram Livestream
rafael.nieves 2021-05-01 34 Comments
** (Disclaimer: This video content is intended for educational and informational purposes only) ** Donate to PoliceActivity: https://www.patreon.com/PoliceActivity Like us...

El Segundo Is A Cop Watch Community
phillyfinest369 2021-05-02 2 Comments
Description ** (Disclaimer: This video content is intended for educational and informational purposes only) **

Man in Austria Has Wrong Leg Amputated in Hospital Mix-up
phillyfinest369 2021-05-25 21 Comments
If you’ve been injured at a construction site or in any other kind of accident, dial #250 on your cell...