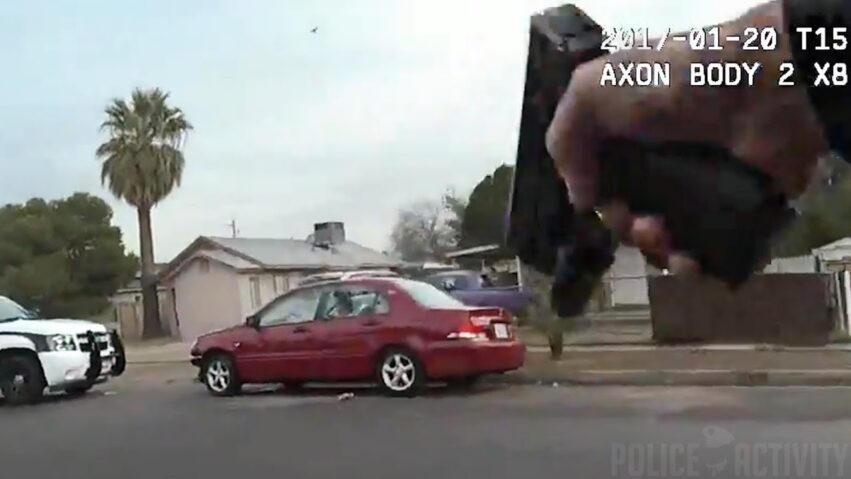 ** (Disclaimer: Video posted strictly for educational and information purposes only) **
The Glendale Police Department on Friday released body-camera video from an officer involved shooting that happened shortly after the first of the year. Officer Anthony Cano was on patrol in the area of 61st and Glendale avenues the morning of Friday, Jan. 20 when he spotted a car that looked like it had been involved in a crash parked along the road. As Cano approached the small red sedan, he saw somebody lying inside. That person has since been identified as Abel Rodriguez, 29. It’s a little more than a minute into the clip that bullets fly. “Upon making contact, Abel Rodriguez produced a firearm he had concealed under his shirt and then fired shots at Officer Anthony Cano,” Sgt. Scott Waite of the Glendale Police Department explained in a news release.

You can hear several shots and see Cano back away from the car as he calls in a “998,” which is the radio code to let everyone know an officer has been involved in a shooting. A few seconds later there is another shot and you can hear Cano yell, “Get on the ground!” Waite said Rodriguez then got out of the car and fired another volley at Cano before Cano was able to return fire. While waiting for backup, Cano warns residents to stay inside their homes. In the background, you can hear Rodriquez screaming as a second police SUV rolls up. “Do not move. Do not reach for that gun again. Do you understand me?” Cano yelled to Rodriquez. A second officer can be heard giving Rodriguez commands as more units arrived. Cano, who was not hurt, shot and wounded Rodriguez. He was treated on the scene by fire personnel and then transported to the hospital. 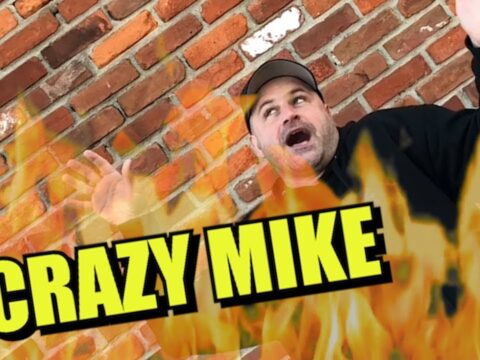 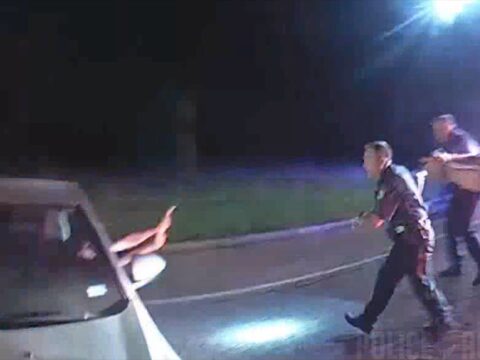 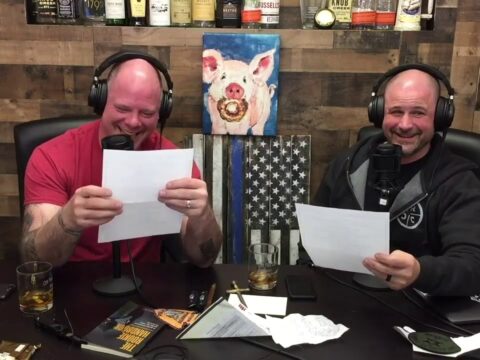 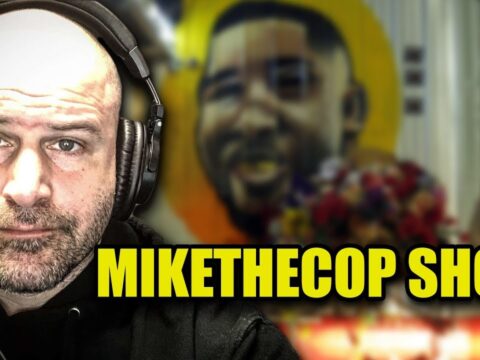