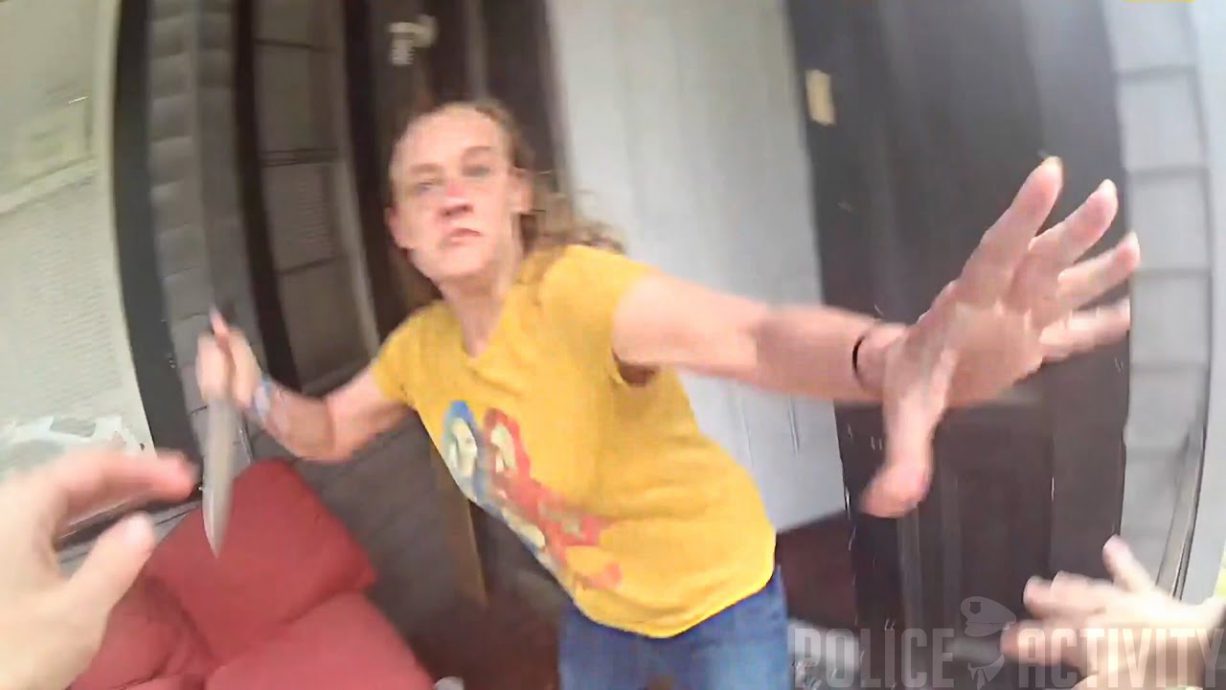 The PoliceActivity channel is one of the leading informational platforms on YouTube for police related news and events, bringing you educational and informative content. Our goal is to keep you up to date and informed with police news and events.


** (Disclaimer: This video content is intended for educational and informational purposes only) **
Jacksonville, Florida — On Saturday, 04-11-2020, a 911 call received stated the complainant, wanted to be “Baker Acted” to get her medication. She said she did not want to harm herself, she merely wanted her medication. She would not. answer questions and hung up. Officer T.N. Sweeney and Officer E.A. Mcchling, were originally assigned the Mentally ill Person call, however, Officer Mcchling was cancelled and Officer K.R. Oren, was dispatched with Officer Sweeney. The dispatcher’s notes on the call said an unverified 9-1-1 call at this location and no answer on call hack of two (2) attempts. Officer Sweeney and Officer Oren arrived. Officer Sweeney checked hack from the call. Another 911 call was received from Leah Baker, in reference to her medications being stolen by her roommate. Ten minutes later, Officer Mcchling asked HQ to be assigned that Dispute call at Golfair Boulevard, which was holding. The dispatcher’s notes on the call said the disturbance was between the complainant (Leah Baker) and her roommate, in reference to her medications being stolen. At 17:13, Officer Mcchling arrived. She parked in front. of the residence, exiled her patrol vehicle, walked up to the residence, and knocked on the front door.

Sergeant Nobles and Officer Mcchling both gave Baker repeated loud verbal commands to get away from the knife and to get on the ground; however, Baker grabbed the knife again and charged at Sergeant Nobles. Both Sergeant Nobles and Officer Mcchling discharged their issued firearms at Baker. Baker fell to the ground, but continued to defy officer’s commands to ‘drop the knife” and to “stay down”, so they could provide her with medical aid. K9 Officer C.D. Plaugher, along with Police Service Dog (PSD) “I luk” engaged Baker, and assisted in taking her into custody, by removing her from the knife. When Baker began punching PSD “I luk”, Officer Sweeney deployed his Concluded Energy Weapon (CEW) to assist in taking Baker into custody. Once Baker was safely in custody, she received medical aid from the Jacksonville Fire and Rescue Department (JFRD) personnel, who had already arrived on scene. Baker was then transported to the UF Health hospital located at 655 West 8th Street; however, she succumbed to her injuries and was pronounced deceased at 17:40.

ANGELHOUSE © 2009 - 2020 | HOSTING BY PHILLYFINEST369 SERVER STATS INC. ALL RIGHTS RESERVED | ALL YOUTUBE VIDEOS IS A REGISTERED TRADEMARK OF GOOGLE INC. THE YOUTUBE CHANNELS AND BLOG FEEDS IS MANAGED BY THE RIGHTFUL OWNERS/CREATORS (PHILLYFINEST369.COM)
Website