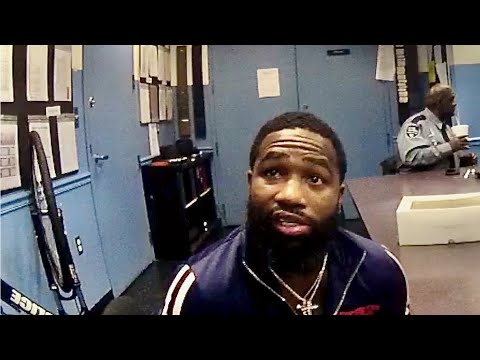 Exclusively on Real World Police, this video presents the 2018 Lenox Square arrest of world champion boxer Adrien Broner —described by one officer on scene as “high as a kite.”

Because of this video’s length [the underlying videos are nearly five hours long] its first few minutes present highlights of what is to come.

From the report of Atlanta Police Officer K. Goree, lightly edited for clarity: “On February 12, 2018, I Officer K. Goree, responded to a sexual battery call at 3393 Peachtree Road. Once on scene, Officer Baskin was flagged down due to a dispute at the mall. Upon his arrival he met up with mall security, Mr. Adrien Broner, [victim], and [victim’s friend]. The victim stated that as she was walking in the mall, Mr. Broner came towards her, and that Mr. Broner appeared to be drunk.

Investigator Gilstrap and Sgt. Martin were on scene. The incident was not caught on camera. After investigating the incident it was determined that there existed probable cause for Mr. Broner’s arrest for Misdemeanor Sexual Battery O.C.G.A 16‐6‐22.1(C). Mr. Broner was arrested and transported to Fulton County without further incident. Mr. Broner’s property was given to his family member. Nothing further.”

On March 28, 2018, the victim filed a civil lawsuit against Adrien Broner, in which she was represented by attorney Daniel Tobin. On the same date, Tobin filed a request for admissions, asking Broner to admit, among other things, that “At no point prior to touching Plaintiff had Plaintiff asked you to take a photograph with her,” and that he had “lied to the media when [he] said that Plaintiff asked [him] for a photograph.” In an odd turn of events, on October 26, 2018 the victim’s lawsuit against Broner was dismissed without prejudice for failure to complete service of the complaint upon Adrien Broner.

Shortly before the publication of this video, Real World Police reached attorney Daniel Tobin by phone. In an even more bizarre turn of events, Tobin refused to identify himself and initially stated that he had no idea what we were calling.about — despite having clearly explained the same to his secretary, who connected our call only after speaking with Tobin. When asked to comment on the litigation, and to explain why service was never effectuated on Mr. Broner, Tobin claimed that by calling him “out of the blue” one hour prior to the publication of this story, we had not provided him sufficient time to respond.

Upon reminding Mr. Tobin that the call was not random, that the news business involves tight deadlines, and that he in fact represented the victim in her lawsuit against a world champion boxer whose arrest we would be imminently covering, Tobin once again refused to identify himself by name, wished us well, and ended the call.

On February 6, 2019, all charges against.Adrien Broner were dismissed by the state. According to the prosecutor, the state did not possess sufficient evidence to prove guilt beyond a reasonable doubt.

On November 2, 2020 Cuyahoga County Court of Common Pleas Judge Nancy Margaret Russo had Broner jailed in contempt of court after the boxer chalked up his failure to pay an $830,000 judgment against him (for assaulting a woman at a nightclub) to his having only $13 in his bank account. Just days earlier, Broner had posted to Instagram a photo in which he showed off thousands of dollars in cash.

Judge Russo wasn’t having it.

Do you have independently verifiable inside information on a story we are or should be covering? Email tips@realworldpolice.com. We cannot respond individually to every submission, but they are all read. If we need more information from you someone will be in touch. 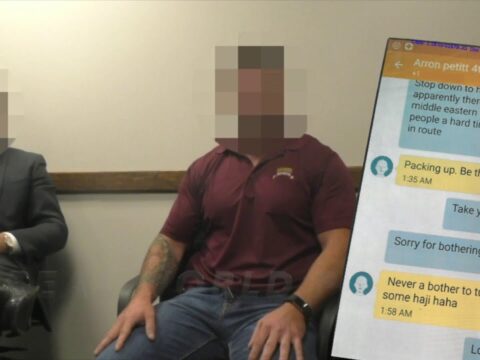 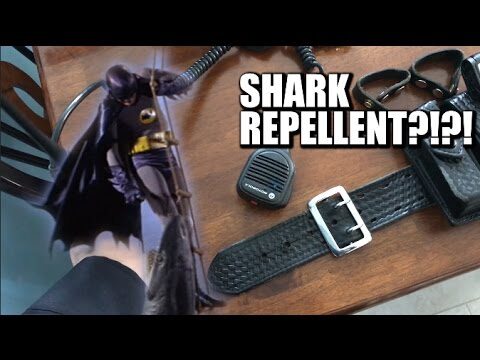 What’s On This Cop’s Gun Belt? 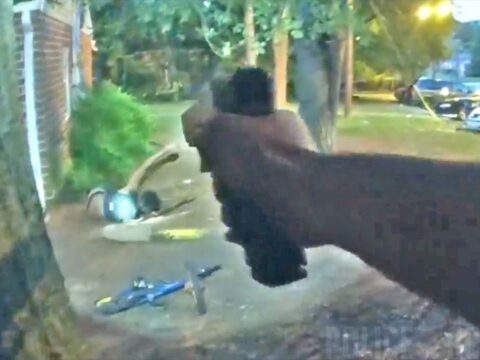 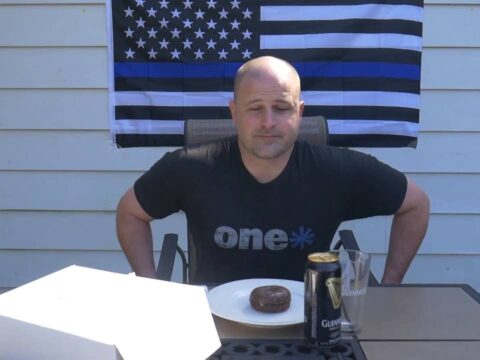 Evolution of Evil: The Story of Kim Jong-Il and Mao Zedong
rafael.nieves 2021-06-24 24 Comments
In this episode all eyes are on these two men: Kim Jong-il and Mao Zedong He's a man born into...

This is what police discretion looks like CHP
rafael.nieves 2021-05-12 23 Comments
I know this video isn't as good as others- I'm working on a bunch of new videos with totally new...

MEMPHIS TN
phillyfinest369 2021-04-28 2 Comments
unhealthy eat habits among cops is a serious issue, the amount of junk food they consume is obvious. They should...