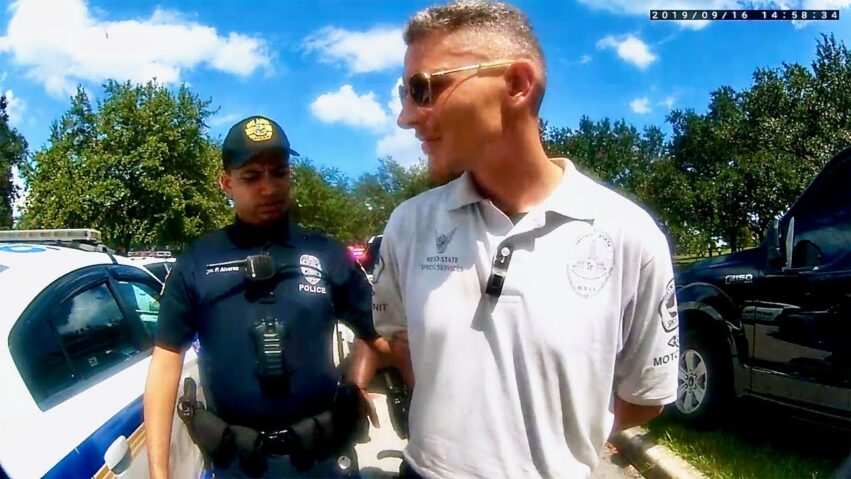 On September 16, 2019 Jeremy Charles Dewitte banged on the wrong guy’s hood. The guy behind the wheel of that vehicle was a deputy with the Orange County Sheriff’s Office, and Jeremy called him a “f***boy” in front of his four-year old. while motioning toward his authentic-looking pepperball gun and ordering the off-duty deputy out of his funeral.

The day would end with Randall Brocius arrested, Jeremy chewed out, and both ‘Photo’ and ‘Recycle’ considering spilling the beans on Metro State to the police… which they would do not long thereafter.

It wasn’t long before Brocius was arrested yet again, for a late-November crime that practically screams Metro State: driving an unregistered ambulance on a suspended driver’s license.

In that incident, the arresting officer ran the Metro State ambulance’s VIN, only to discover that it came back to nothing. No record of any kind, from any state, anywhere.

Curiously, however, it did have a license plate, which raised the obvious question: from where?

From Metro State, of course. The plate on the ambulance came back to a black F-250 pickup truck owned by Metro State. The bus, on the other hand, was built on a red F-450. That had a completely different VIN number.

Randall is currently facing one count of felony false personation for actions taken during a funeral escort on 10/12/19. That charge against him was filed on 2/12/20.

On 2/24/20 Randall Brocius pleaded no contest to one count of openly carrying a firearm. He was adjudicated guilty and sentenced to one day in jail with credit for one day served, plus fees… which he appears to have not yet paid… thus resulting in — sense a theme? — the suspension of his driver’s license about a week ago.

Soon on Patreon: We have already posted Randall Brocius-es (talk about a tongue twister to possessivize) juvenile criminal history records, which is notable, by the way, in light of the fact that they are strictly confidential in the State of Florida. Coming soon, in honor of Randall’s arrest video, we will be posting the records from the Army court martial that landed him 30 days behind bars in Fort Benning. And footage of Brittany Zamora’s interview with law enforcement.

I know what some of you are thinking, and yes, what you read above means that Randall did sort of serve in the Army.

Emphasis on the sort of.

Brocius enlisted for four years, but found himself less-than-honorably discharged before his first anniversary. Fast forward a few years, and that didn’t stop him from telling a police officer that he had served six years in the Army, with many overseas deployments, plus jump school and ranger training. (Sound familiar?)

If you are wondering what the context was of that law enforcement encounter, we’ve got you covered. The police had been called to Brocius’s local Lavanderia Laundry in Tavares because someone — him — was seen by multiple scared would-be-customers cleaning an M1 rifle.

Wanna know what happened in 2016? After multiple rejections for administrative reasons, Brocius was approved as a licensed armed security guard. Makes you wonder what they consider disqualifying.

*Real World Police Sergeants on Patreon had access to this video ten days ago. (That’s why it has ~500 views after zero seconds.)

Real World Police is a proud supporter of The Reporters Committee for Freedom of the Press, which provides legal representation, amicus curiae support, and other legal resources to protect the First Amendment freedoms and the news gathering rights of journalists. Check out the latest (free) post about access to public records, at http://tiny.cc/records5.

Do you have independently verifiable inside information on a story we are or should be covering? Email tips@realworldpolice.com.

Did we get something wrong? We want to fix it! Email corrections@realworldpolice.com.

Thinking about it? Get your fix now! 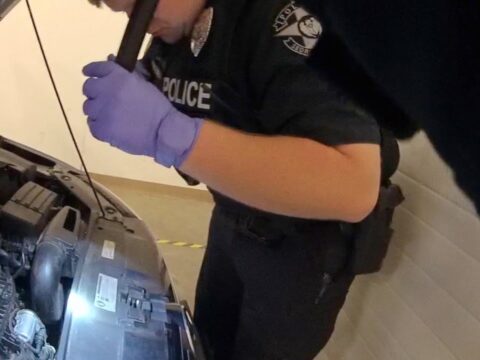 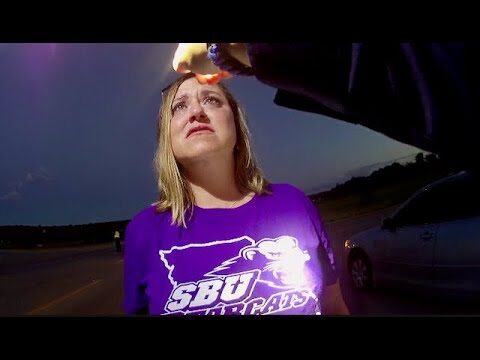 I’m a school teacher, a bus driver, and an elected official and you ARREST ME?! 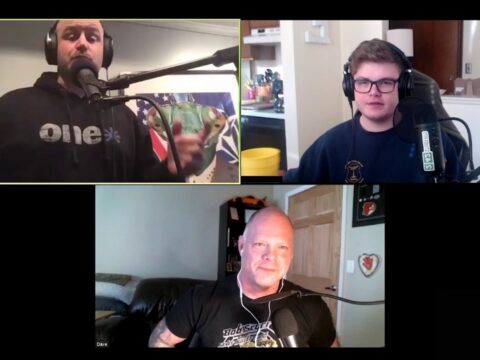 47 thoughts on “The Arrest of Randall Brocius, or Jeremy Smacks the Wrong Guy’s Hood”

Why Do Cops Yell So Much?
rafael.nieves 2021-05-05 22 Comments
"DO IT NOW" is a loud verbal command I learned to add on to phrases in the police academy like...