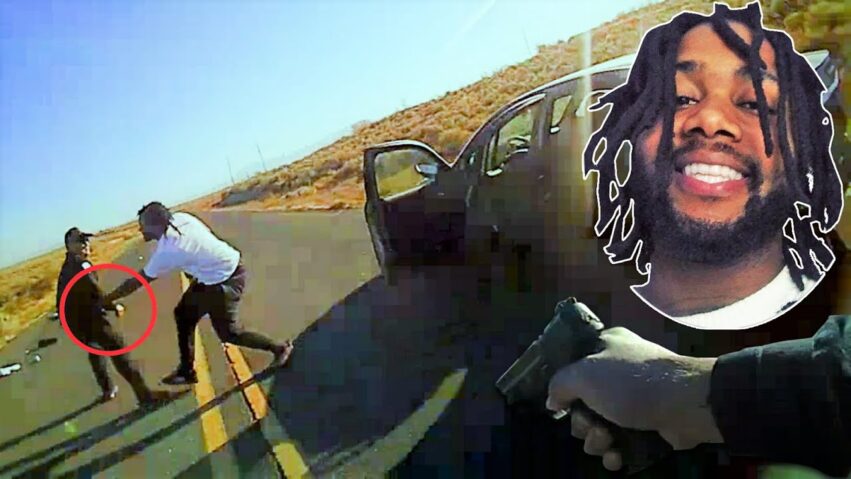 #officerinvolvedshooting
Los Lunas, NM – On November 19, 2020, at approximately 8:32 a.m., a New Mexico State Police Officer observed a grey Chrysler 200 passenger vehicle with an Indiana license plate and rear end damage traveling north at a speed of 93 mph on Manzano Expressway in Los Lunas, NM. The posted speed limit in that area is 45 mph. Before the officer was able to turn on his emergency equipment, the vehicle abruptly pulled to the right of the road and stopped. The officer exited his unit to make contact with the driver of the Chrysler. The driver sped away and as a result the officer initiated a pursuit.
The pursuit continued north on Manzano Expressway at a high rate of speed. The suspect drove his vehicle in and out of opposing lanes of traffic. This forced the driver of a white box truck to leave the roadway in order to avoid a head-on collision. During the 3-minute pursuit, tire deflation devices were deployed. The suspect avoided the devices by traveling into oncoming traffic. This prompted a State Police supervisor to immediately terminate the pursuit as the fleeing driver’s disregard for other motorists became more apparent.
After the pursuit was terminated, State Police officers stopped to check on the driver in the white box truck. The driver of the white box truck was visibly shaken up due to the near collision. At approximately 8:39 a.m. as officers were speaking with said driver, dispatch notified them of a male subject standing in the middle of Manzano Expressway attempting to stop traffic. Officers responded to the area where the male subject was reported to be standing in the road.
When State Police officers arrived to the location described by dispatch, they saw the suspect from the pursuit standing in the middle of the road next to the grey Chrysler 200. Officers also observed clothing in the southbound lane of Manzano Expressway. As the officers were trying to talk to the suspect, he kneeled on the ground and made the symbol of a gun with his right hand towards his head.
The officers attempted to conduct a felony stop to safely take the suspect into custody. As officers gave him commands, he ignored their commands and began to walk towards the front of his vehicle. The suspect told a State Police sergeant “you can cuff me” and told the second officer to stay where he was at. The State Police sergeant approached the suspect and secured the suspect’s right hand in a handcuff. At that time, the suspect turned towards the State Police sergeant, grabbed his duty weapon and attempted to pull the gun from the sergeant’s holster.
Fearing for the sergeant’s life, New Mexico State Police Officer Gene Gonzales drew his duty weapon and fired two rounds in an attempt to stop the attack on the sergeant. The suspect was struck twice by the officer’s gunfire. The officers immediately called an ambulance for the suspect. Moments later, the suspect is heard on the body worn camera saying, “Can you finish me, please?” to which Officer Gonzales replied, “No.”
Officers tried multiple times to safely secure the suspect. He refused to comply with their commands. Officers feared he would continue attempts to disarm them. Officers asked the suspect why he tried to take the sergeant’s gun and the suspect responded, “That’s what I thought you were supposed to do.”
While trying to safely render aid, the suspect attempted to stand up again and stated, “(expletive) you all Mexicans, stupid (expletive), that’s why I am coming for all you all.” The suspect then laid back on the ground at which point the officers were able to render aid until EMS personnel arrived.
EMS arrived on scene and the suspect was transported to a hospital in Albuquerque where he later succumbed to his injuries. Through the Office of the Medical Investigator, the suspect was later identified as Rodney Applewhite (25) of South Bend, Indiana.
During the course of their investigation, New Mexico State Police Investigations Bureau agents learned that at approximately 7:30 a.m. the same day the Valencia County Sheriff’s Office received a 911 call in reference to a burglary on Pueblitos Road in Belen, NM. Agents met with the reporting party and learned that a male subject had entered their residence while they were inside. When confronted by the female homeowner, the male subject asked the homeowner, “Is this my house?” The homeowner told him no. The male subject then asked if this was South Bend, Indiana. The homeowner said no and told him to leave the residence. The homeowner stated the male subject exited the residence and drove away in a passenger vehicle with rear-end damage, an out of state license plate, and a broken front passenger window. The description of the male given to agents by the homeowner matched Applewhite and his vehicle.
New Mexico State Police Officer Gene Gonzales was placed on standard administrative leave.
Officer Gonzales has been with the New Mexico State Police for approximately 12 years 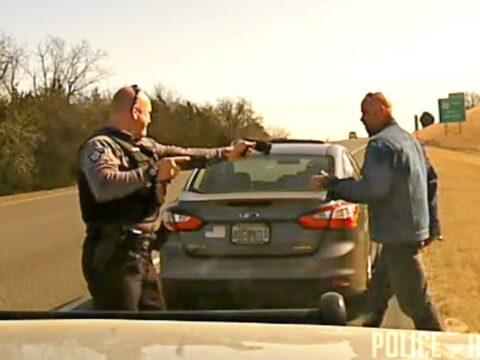 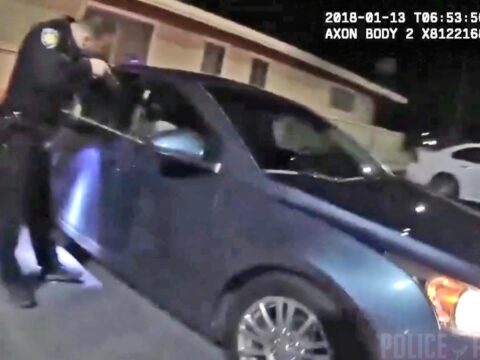 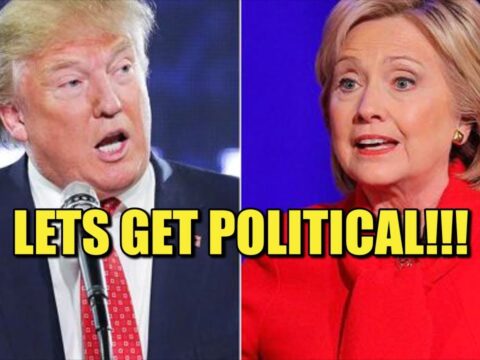 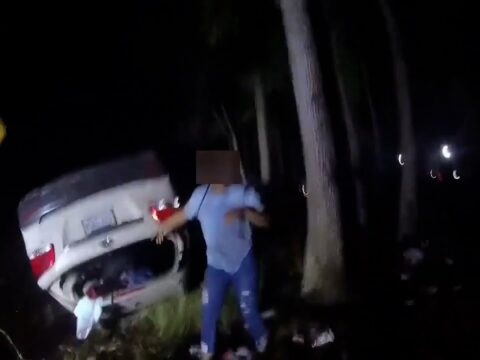 Deputy Hulks Car Off Woman To Save Her Life

Arrest of Lil’ Pump: Miami Cops Listen to Gucci Gang With Pump’s Manager
rafael.nieves 2021-06-29 37 Comments
In one of our biggest stories to date, Real World Police has exclusively acquired footage from the December 2018 arrest...

LIVE ON PATROL- LAPD LIVE STREAM COP WATCH
rafael.nieves 2021-04-27 34 Comments
Join this channel to get access to perks: https://www.youtube.com/channel/UCXJixv1PeVLEF7yitWWeJNQ/join If you'd like to donate to the cause and help keep...