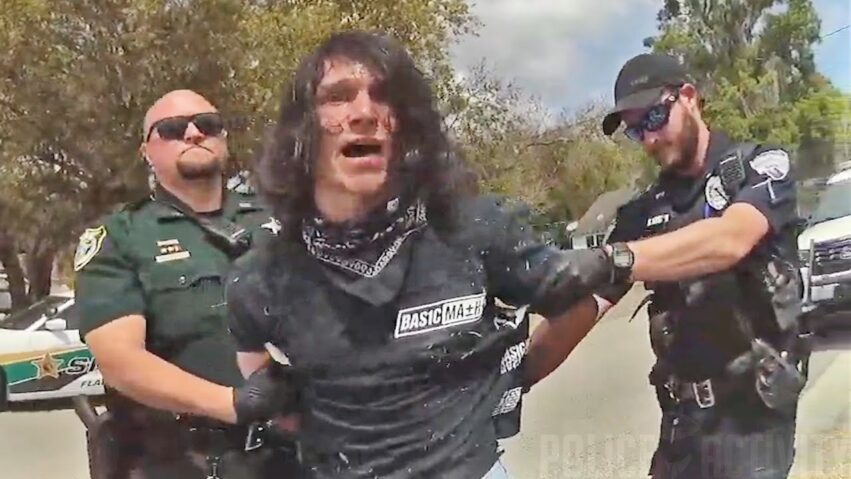 ** (Disclaimer: This video content is intended for educational and informational purposes only) **
Flagler County, Florida — Flagler County Sheriff’s Office (FCSO) Sergeant Daniel Weaver witnessed 26-year-old Raymond Glass (DOB 7/14/1994) walking down US Highway 1 with a 30-year-old woman that has an active no contact order against Glass. The injunction was put in place by the Warren County Sheriff’s Office in New York on July 31, 2020 and is not set to expire until July 30, 2023. This injunction is known to Sergeant Weaver as he accompanied the Bunnell Police Department (BPD) on January 9, 2021, when Glass was arrested for violating the injunction.

Sgt. Weaver turned his patrol vehicle around and approached the couple, which caused Glass to speed up and attempt to walk away from the victim. Sgt. Weaver called for Glass to come to him and sit on the front of the patrol vehicle while he tried to figure out who Glass’s probation officer was. Glass quickly became argumentative with law enforcement and claimed that walking near the victim was not a violation of his probation, which is inaccurate.

As Sgt. Weaver attempted to secure Glass in handcuffs during the investigation, Glass clenched his arms across his chest and became tense. After numerous lawful commands to stop resisting, Sgt. Weaver performed a leg sweep in order to take Glass to the ground in an attempt to secure him. Once on the ground, Glass continued to resist arrest and attempted to roll to his side to resist being put in handcuffs. Sgt. Weaver told Glass numerous times that if he continued to resist he would be tased. Sgt. Weaver then deployed the taser in stun gun mode, which means that no probes were deployed. Eventually Glass was placed in handcuffs.

During a search of Glass’s pockets, an assisting BPD officer located a metal pipe with burnt cannabis residue in his back pocket. Glass repeatedly threatened the deputies and officers on scene shouting that he wanted to kick them and that he would kill them.

While attempting to search Glass prior to entering the patrol car, Glass became even more enraged and slammed his own head into the frame of the patrol car causing a dent in the vehicle. He then threatened to bite a deputy attempting to search him, at which time deputies placed a spit hood over his head for officer safety. While still refusing to let deputies search him, he was placed in leg shackles and a bandana was cut off of his neck that was unable to be untied. After removing the bandana, Glass again threatened to murder the deputy that removed it. He then attempted to kick the deputy that removed the bandana, but missed and kicked another deputy standing beside him.

After placing Glass in the back of the patrol vehicle, Glass began kicking the interior rear passenger door and broke the latch on the door causing the door frame to bend. The estimated cost of damage to the vehicle is $1,500.

“Our deputies showed great restraint while dealing with this guy who was trying to fight them and continually threatened to kill them,” Sheriff Rick Staly said. “He even went so far as to bang his own head into the patrol car while screaming ‘police brutality.’ This case is a great example of why our deputies wear body cameras and why we are implementing dashboard cameras across our fleet of patrol vehicles. We have demonstrated transparency throughout my tenure and our well trained deputies have nothing to hide. It’s also a warning that if you resist you will still go to the Green Roof Inn but with many more charges. Thank you to the Bunnell Police Department for assisting in this arrest.” 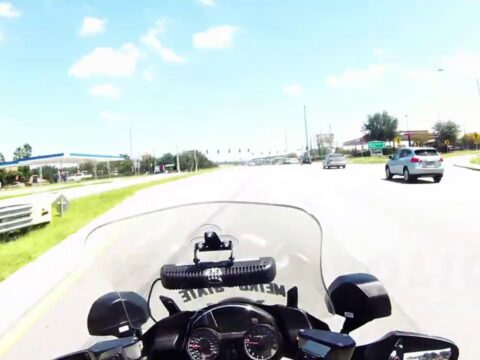 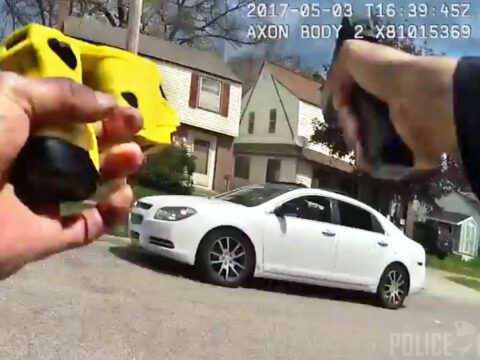 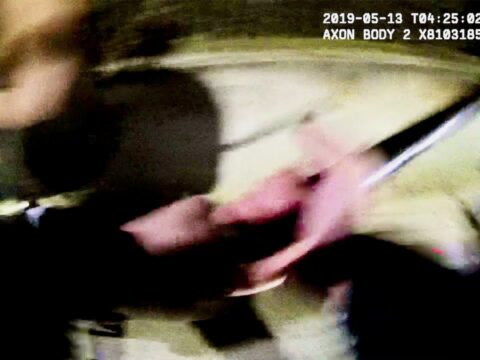 San Jose Police Officer Gets Tased by His Partner 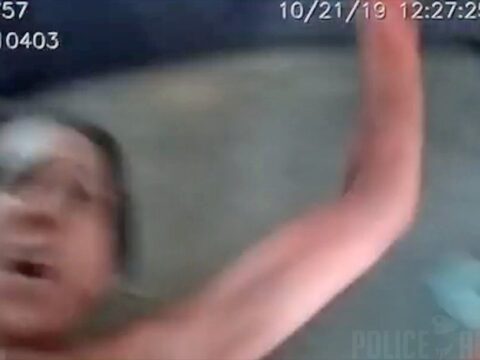 “My Buddy and Me!” Winter Park Police | Awesome assistor ready to help!
rafael.nieves 2021-05-08 22 Comments
Tour Of the Winder Park Police Department and the area around! An officer decided to give me a hand to...

“Jimmy, I don’t know this guy from a can of paint!” (New Jersey Preview)
rafael.nieves 2021-06-28 27 Comments
Neither of these two stories are ready quite yet, but I wanted to share some scenes with you. Really. Really....