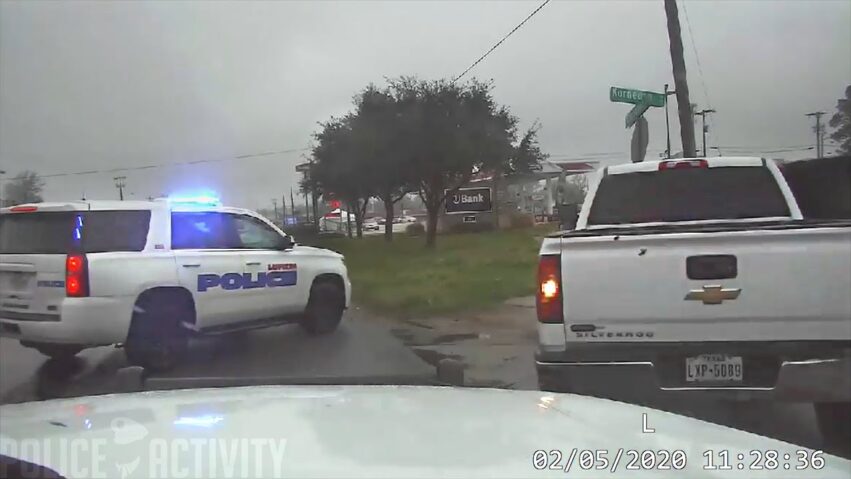 ** (Disclaimer: This video content is intended for educational and informational purposes only) **
Around 11:25 a.m., Lufkin Police officers attempted to do a traffic stop on a stolen Chevy 2500 in the Walmart parking lot. The driver later identified as Devonsea Thomas, 17, of Lufkin, refused to stop. He continued on behind the store and through the parking lot of neighboring businesses before taking the Brentwood Drive extension to Loop 287. Thomas continued northbound on Loop 287 and took the Chestnut Street exit inbound toward Timberland Drive. He attempted to turn onto Kornegay Street, but took the turn too fast and crashed into the street sign. The truck then rolled back into the lead officer’s Tahoe. Thomas and his two passengers identified as Tyler Lopez, 19, and Armani Moore, 18, both of Lufkin, fled on foot. Officers ran down all three of the men moments later and took them into custody. Officers who arrested Moore saw him throw a backpack toward a fence as he fled.

Inside the backpack, officers found a pistol, digital scales and a metal grinder. Lopez was in possession of Xanax at the time of his arrest. He tried to leave it in the floorboard of the officer’s patrol vehicle. After being questioned about it, he admitted that it was his and that he tried to dump it in the officer’s vehicle. Officers who arrested Thomas saw him throw a gun just before taking him into custody. That gun was also recovered. All three men are awaiting book-in at the Angelina County Jail. The truck was reported stolen from the Fuller Springs area overnight January 21. The owner’s father was on the scene. It will be returned to him after it has been processed for evidence. The Texas Department of Public Safety worked the crash between the stolen vehicle and the officer’s Tahoe. Minor damage was reported. 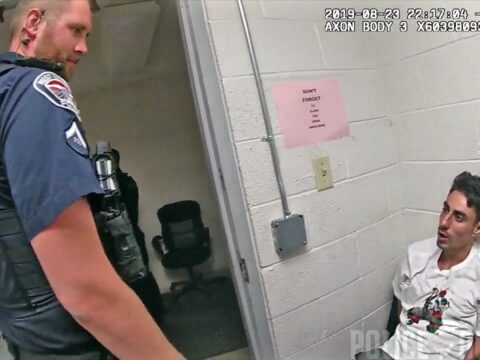 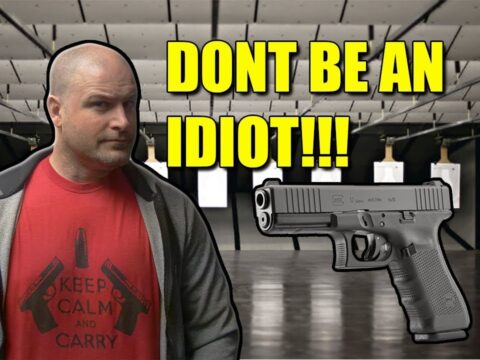 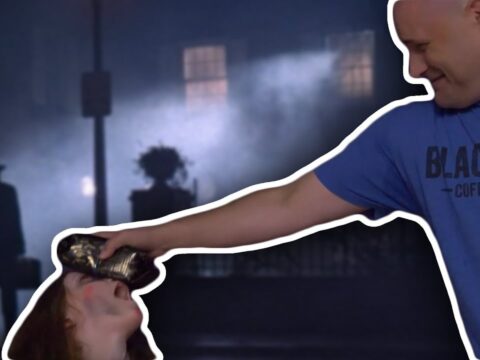 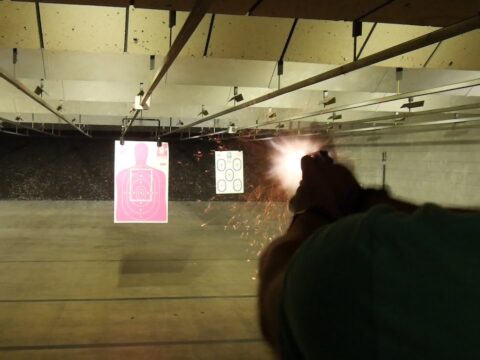 Mike the Cop Shoots Guns with a Retired Cop

The Facebook Post That Resulted In Multiple Felonies, And A MILLION DOLLAR BOND – Joshua Martinez
rafael.nieves 2021-04-26 41 Comments
Joshua Martinez was arrested for a post depicting officers carrying a flag draped casket, with the words "How Police Officers...

Tennessee Teens Shoot Up A Local Market For Being Served Wrong Pizza Toppings
phillyfinest369 2021-05-06 33 Comments
Charlamagne awards Djuan Bowers & Tynerick Turner, along with an unnamed 16 year old, donkey of the day for shooting...

Bodycam Footage of Deputies Shooting Armed Suspect in Greenville, South Carolina
rafael.nieves 2021-04-30 33 Comments
** (Disclaimer: This video content is intended for educational and informational purposes only) ** Donate to PoliceActivity: https://www.patreon.com/PoliceActivity Like us...