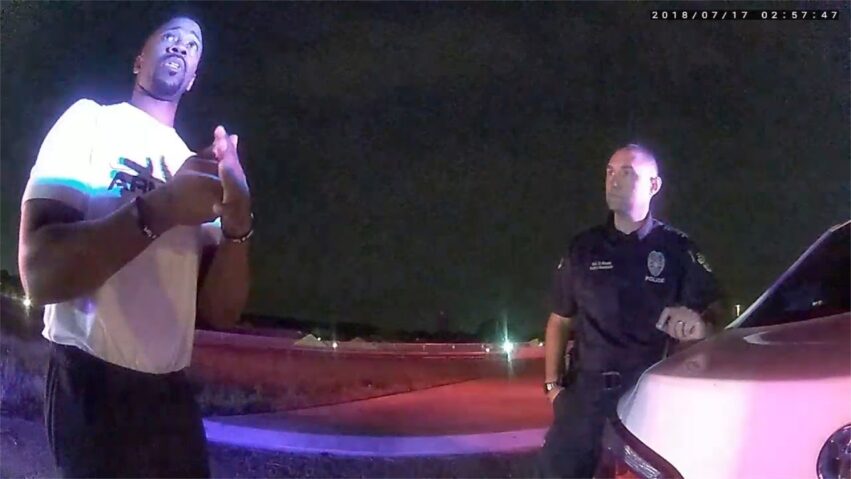 There are two very different stories in this video. The title story appears later on, generally beginning around 12:30. The preceding interview, however, stands strongly on its own, offering a raw view into an unfortunate reality of police work: accident investigation.

Below you will find a synopsis of the accident events. Regarding the officer medical emergency, Real World Police is working to verify an update received. Until then, nothing further.

On Tuesday, July 17, 2018, at 1:00 am 19-year-old Jennifer Alejandra Beltran Rojas was riding as passenger on a 50cc [read: slow even with one rider] 2017 Riya scooter in Orlando, Florida when the scooter was struck by the front bumper of a grey Lexus IS250. Both scooter riders were ejected a distance and transported to Orlando Regional Medical Center; the driver of the Lexus declined medical attention. At 9:11 pm Ms. Rojas was pronounced deceased due to severe head trauma. She had been wearing a three-quarter motorcycle helmet with a full-face shield, but it appears that the chin strap was not fastened, and that the helmet had come off early in the accident sequence.

Gustavo Andres Zarta-Osorio had been married to Ms. Rojas and was in control of the scooter at the time of the accident. In a translated-from-Spanish interview later that day, Zarta-Osorio provided the following (excerpted) information:

He had been at the McDonalds located at 5400 S. Kirkman Road with his wife. When preparing to leave, and while seated on the front seat of the scooter, he turned around to assist her with her helmet, as she was having trouble putting it on due to her hair. After putting her helmet on her head, he turned around and faced forward again. He did not know if she had strapped the helmet on. Zarta-Osorio stated that they had been in the right lane because the scooter doesn’t travel very fast and they would be making a right turn onto Conroy Road.

Zarta-Osorio stated they were traveling less than 50 miles per hour and there wasn’t a lot of traffic. When they were halfway across the bridge, he was knocked off his scooter. He put his hands out so he wouldn’t hit his head. After landing on the ground, he got up and looked for his wife. He found her with bumps and abrasions on her head. And no helmet.

Want to know about the mechanics of fighting for access to public records? Check out my recent public post on Patreon for a deep dive into one specific request. Direct link @ http://tiny.cc/nyfoil. 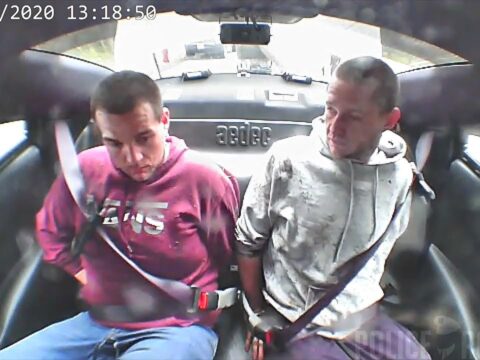 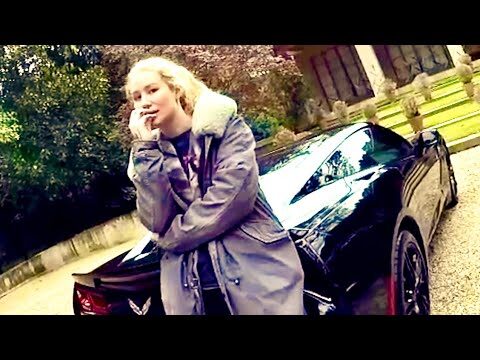 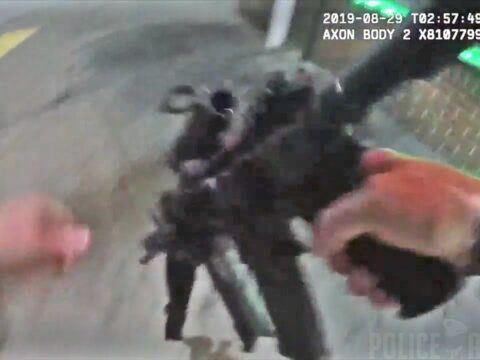 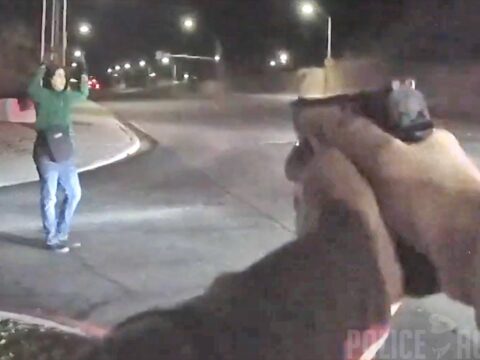 Robbery Suspect Gets Shot by Cop After Reaching For His Gun

48 thoughts on “Officer Medical Emergency Captured on His Own Body Camera; Accident Investigation”

Dashcam Video Shows Deputy Saving a Boy Trapped Under ATV
rafael.nieves 2021-05-06 33 Comments
** (Disclaimer: This video content is intended for educational and informational purposes only) ** A 10-year-old boy was lying face...

NYPD Officer’s Premeditated Assault on Citizen on a mere Violation Collar
rafael.nieves 2021-05-04 0 Comments
Officers are trained to deal with situations, especially agitated people....It is expected for any person to be upset, especially dealing...