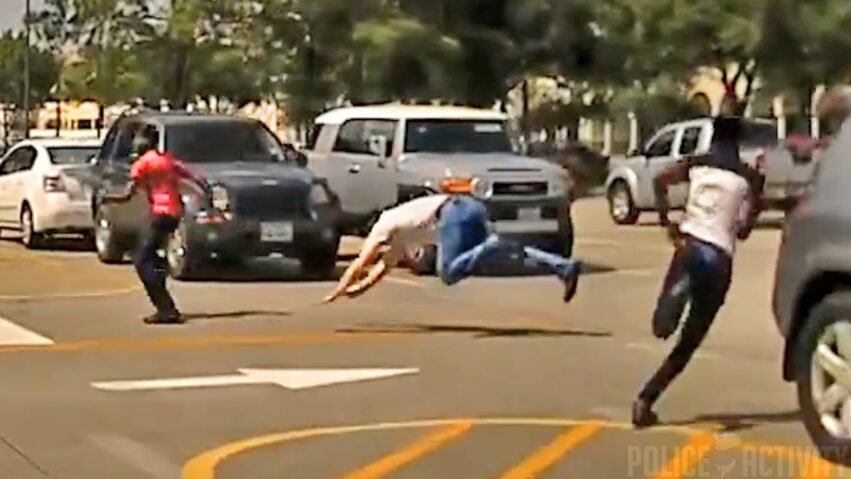 ** (Disclaimer: This video content is intended for educational and informational purposes only) **
Police are searching for three men who attempted to steal about $5,000 worth of merchandise from Home Depot Wednesday afternoon. Five men in total loaded two cars with the merchandise around 3:45 p.m. in the back parking lot of the home improvement store in the 19100 block of Interstate 45, according to Shenandoah Assistant Police Chief Barry Gresham, but were abruptly stopped by Home Depot employees. The employees called police as soon as they saw the men in the act. Two of the men fled on foot behind the store south on David Memorial Drive, and eventually got into a wooded area east of the roadway, police said. At the same time, two getaway vehicles were trying to exit the rear parking lot as officers with Shenandoah Police Department responded. The two getaway vehicles collided with each other before one of the vehicles, a black Dodge Charger, struck a Shenandoah police cruiser causing minor damage, Gresham said.

As the getaway vehicles drove away, they hopped over the grass median onto David Memorial Drive and headed northbound. Intense video released to The Courier by SPD shows the Charger drove west on Alexandra Lane, which runs between Home Depot and the Portofino Shopping Center, but struck a curb which caused the front-right tire to come loose. The Charger eventually turned south onto the northbound frontage road after the loose tired came off and narrowly missed an SUV. As the smoking, disabled Charger came to a stop, two men – later identified as Darryl Lee, 20, and Davonta Lee, 17 – allegedly fled east on foot back into the Home Depot parking lot. After a brief foot chase, officers arrested the two and charged them with felony theft. Darryl Lee also has a felony evading arrest with a vehicle charge. Meanwhile, the other getaway car, which was a white Toyota car, made its way northbound on the I-45 frontage road until it reached Texas 242 where it made a U-turn southbound on I-45’s mainlanes.

Law enforcement officers ahead of the southbound pursuit shut down I-45 at Rayford Road, although the Toyota hopped off the mainlanes of the freeway onto the frontage road just north of Rayford Road and blew past other officers. While officers initially lost sight of the fleeing Toyota, the vehicle was eventually found abandoned in a construction site near the Spring Creek turnaround just north of the Montgomery-Harris County line. The three remaining thieves – which include the two who ran on foot and the driver of the Toyota car – have yet to be found. All of the merchandise has been returned to the store, Gresham said. Other law enforcement agencies, including Montgomery County Sheriff’s Office K-9 Units and DPS air support, assisted Shenandoah with the search for hours. 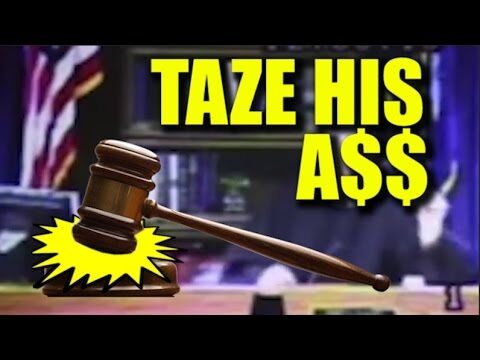 This Judge Throws Off His Robe to Throw Down 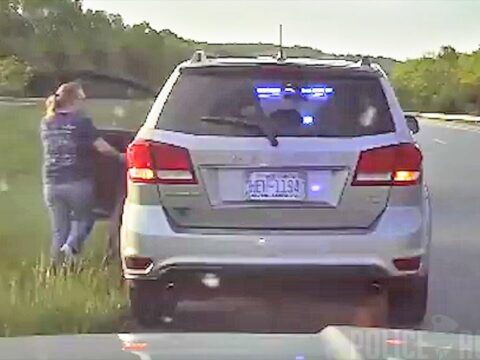 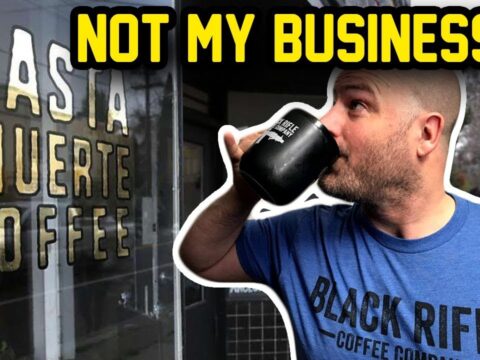 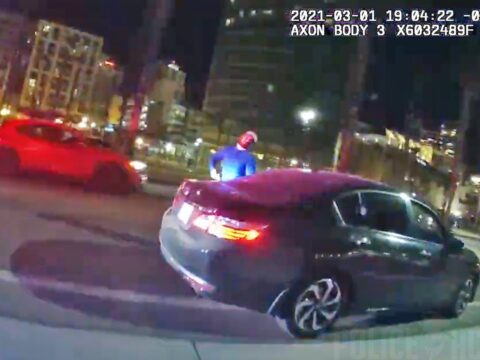 No Free Hair cuts | Soul Mate | Have a Blessed Day Public Records Requests
rafael.nieves 2021-05-06 19 Comments
Lake County Sheriff number 2 wasn't in the giving mood today as we came to check out how and where...

15 million $$ BECAUSE OF these 2 COPWATCHERS!
rafael.nieves 2021-04-27 20 Comments
We like to think the world revolves around us, but it really does for TOM ZEBRA AND ONUS NEWS (and...

Cops: The Cowards and Courageous in Parkland
rafael.nieves 2021-05-05 44 Comments
The Parkland School shooting is another incident that will forever be shaping the way our kids see and understand the...

Woman Kills Paraplegic Boyfriend by Leaving Him in the Woods to Freeze to Death
phillyfinest369 2021-05-06 45 Comments
► Don’t forget to click the Subscribe button to be notified of new interviews! http://bit.ly/2dinONx ► Tune In For Live...