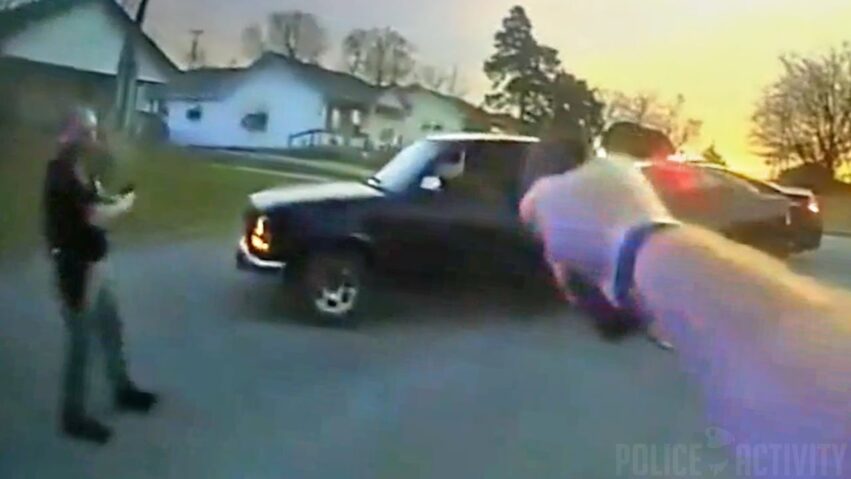 ** (Disclaimer: Video posted strictly for educational and information purposes only) **
The Oklahoma City Police Department released body camera video on Tuesday of a fatal shooting involving one of its officers, which was the city’s first officer-involved shooting to be captured by the device. The shooting, which happened about 7 a.m. March 4, followed a nearly 17-minute pursuit after an Oklahoma Highway Patrol trooper tried to pull over a man for a defective tail light. Lt. Kera Philippi said trooper Mike Moler attempted to pull over George Lee Seeton, 38, near Interstate 240 and Air Depot Boulevard about 6:45 a.m. Philippi said Seeton, who was driving a stolen pickup, opened the driver’s door as Moler approached, but then slammed the door and fled the area.

Seeton led the trooper on a pursuit that topped speeds of 100 mph on the highway and speeds in excess of 80 mph through Oklahoma City streets before he wrecked in the yard of a home near SE 32 and S Kelly Avenue. Oklahoma City police Capt. Paco Balderrama said the trooper requested police assistance, and officer Jarrod Jackson was dispatched. Jackson’s body camera recorded part of the pursuit and the moment he and the trooper opened fire on Seeton. “He’s crashing out,” Jackson called into dispatch just before he left his patrol car and began running toward the pickup, which began reversing toward him. Multiple shots can be heard from Moler and Jackson’s weapons as the pickup continues in reverse and stops after striking a patrol car.

Seeton died at the scene and no one else was injured. “It appears that the trooper fired first and then our officer fired,” Balderamma said. “We feel that we’re very lucky that we did not get a trooper or a police officer hurt or killed in this incident because it was a very dangerous situation,” he said. Although an officer-involved shooting had occurred a few months before the fatal shooting, Balderamma said this was the first such shooting captured on a body camera. The cameras were brought back in November following an agreement between the police union and the police department. “This is the very first time; we did have another officer-involved shooting a few months ago, but that officer was not wearing a body cam. It really shows the value of the body cams, obviously we can have a video of the incident, there’s no guessing,” he said.

Philippi said budget cuts in the Oklahoma Department of Public Safety have meant fewer troopers are on patrol in cases where assistance is needed. She said the nearest trooper for assistance during the pursuit was somewhere on Kilpatrick Turnpike. “When something this dangerous does occur, we’re definitely grateful to have the relationship with the Oklahoma City Police Department … they are able to be out there and assist us when we don’t have those extra bodies to help our own agency,” she said. Balderamma said the police investigation report has been sent to the Oklahoma County district attorney, who will determine if the shooting was justified. Jackson remains on restrictive duty and Moler remains on paid administrative leave pending a decision by the district attorney’s office. 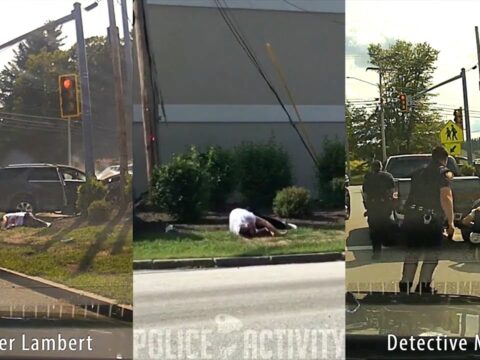 Man Gets Fatally Shot After Firing Gun at Rochester Police 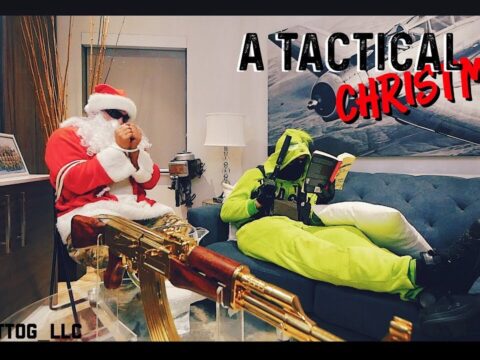 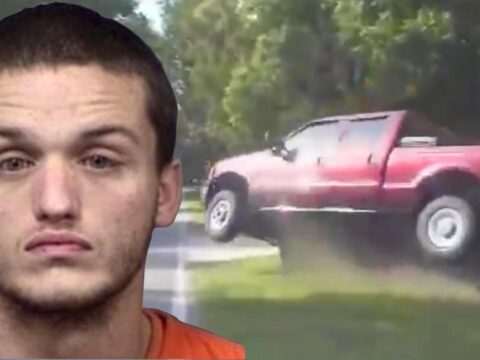 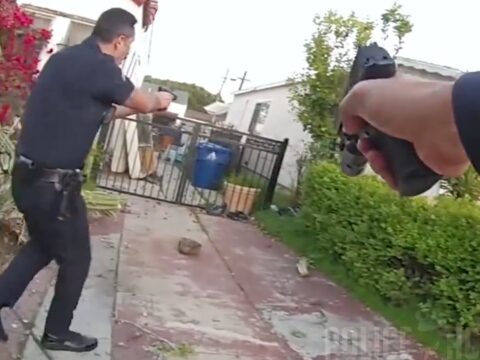 40Pct NYPD Officers Arrest & Beat Man for Loitering in Front of his building in the Bronx
rafael.nieves 2021-05-03 0 Comments
This Video speaks for itself!!!!!!!! ** (Disclaimer: This video content is intended for educational and informational purposes only) **