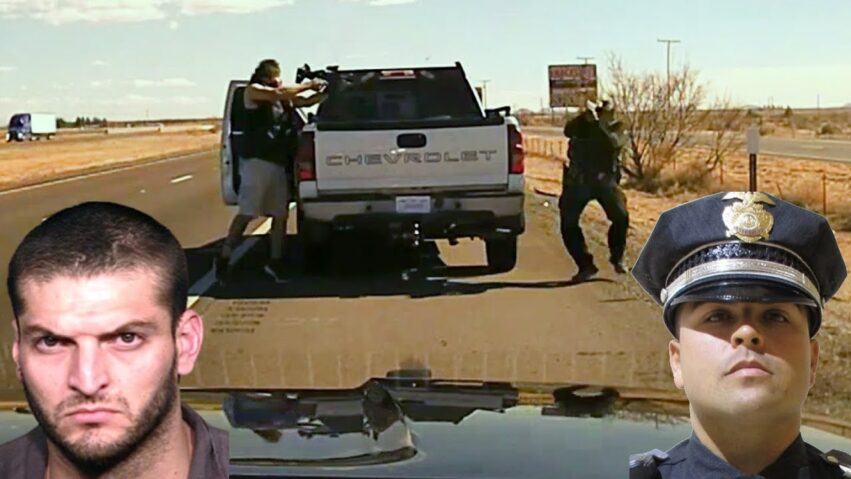 During the traffic stop, Officer Jarrott asked the driver, identified as Omar Felix Cueva, 39, of Deming to exit the vehicle. Cueva exited the driver’s side holding an AR-15-style rifle and fired at least one shot at Officer Jarrott as he was walking to the rear of the vehicle. Officer Jarrott ducked and fell onto his back as Cueva ran around the back of the pickup toward Officer Jarrott. Cueva fired several more rounds at Officer Jarrott who was struck by gunfire and killed. As Cueva ran toward the front of the truck on the passenger’s side, he shot Officer Jarrott point-blank in the back of the head. A Homeland Security Investigations (HSI) agent arrived on scene and notified New Mexico State Police dispatch that an officer was down. A broadcast was put out to state and local law enforcement agencies. New Mexico State Police Officers Lionel Palomares and Sonny Montes located Cueva traveling east on Interstate 10 near mile marker 116. Cueva pulled over and fired at Officers Palomares and Montes. The officers returned fire at Cueva who continued to evade officers, traveling east on Interstate 10.

As Cueva fled eastbound on Interstate 10, law enforcement officers from the Las Cruces Police Department (LCPD), the Dona Ana County Sheriff’s Office (DASO), and U.S. Border Patrol (USBP) assisted New Mexico State Police with the pursuit. Near the Picacho exit on Interstate 10, (near mile marker 135), NMSP officers successfully utilized tire deflation devices on Cueva’s pickup. Cueva continued to flee east on Interstate 10. Various law enforcement officers engaged Cueva in gunfire as he fled. DASO Deputy Jerod Huston fired rounds from his department issued rifle near the mile marker 136. DASO Deputy John Signore fired at Cueva near the mile marker 138 eastbound. Near mile marker 139, USBP Agent Oscar Delgado fired one round at Cueva as he passed. LCPD Officer Adrian De La Garza then utilized a Pursuit Intervention Technique (PIT) maneuver near mile marker 140. Prior to the pickup coming to a stop, Cueva exited the pickup armed with a firearm and shot multiple rounds towards the officers and deputies. LCPD Officer Adrian De La Garza and DASO Deputies Diego Herrera and Obed Marte returned fire towards Cueva, who was struck several times by gunfire. Officer De La Garza was struck by gunfire and was airlifted to a trauma hospital in Texas where he was treated and released for non-life-threatening injuries.

Officers rendered aid to Cueva until emergency medical personnel arrived on scene. Cueva sustained fatal injuries and was pronounced deceased on scene by the Office of Medical Investigator.

Officer Darian Jarrott began his career as a Transportation Inspector with NMDPS. He was certified as a law enforcement officer in December of 2014 and worked with the former Motor Transportation Division of NMDPS. In July of 2015, he was sworn in as a New Mexico State Police officer where he bravely served until the day of the shooting. Officer Jarrott leaves behind 3 small children and was expecting his fourth child this year. 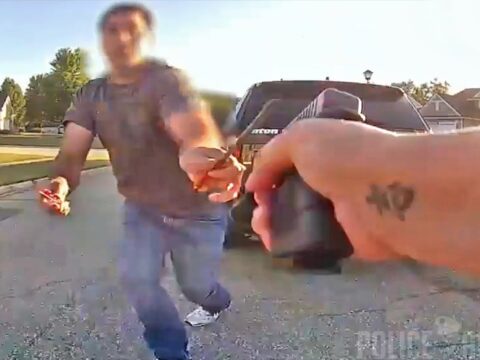 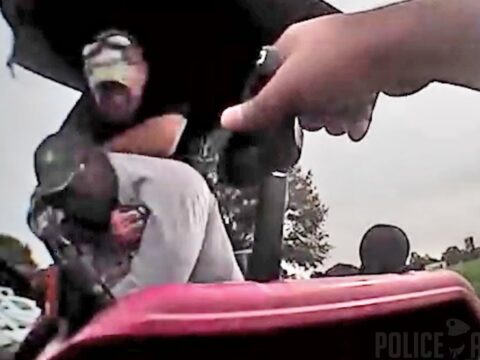 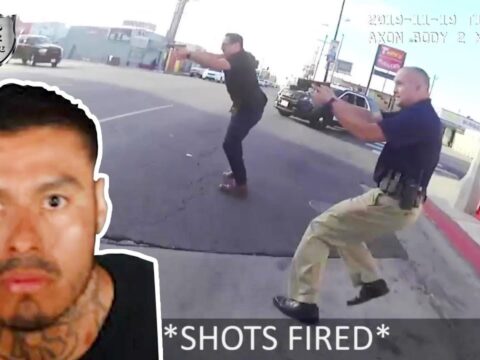 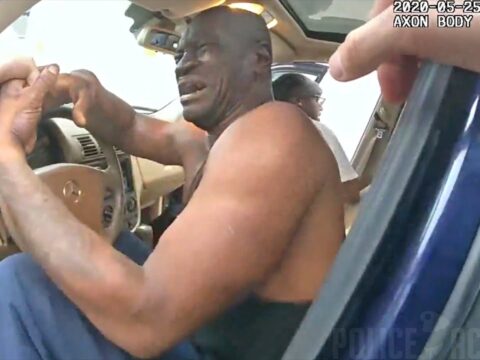 Police Dashcam Shows Deer Thought Dead Gets Up And Runs Away
rafael.nieves 2021-05-06 28 Comments
** (Disclaimer: This video content is intended for educational and informational purposes only) ** A caller called in to the...

Police Dashcam Video Shows The Dangers Of Drunk Driving
rafael.nieves 2021-05-05 42 Comments
** (Disclaimer: This video content is intended for educational and informational purposes only) ** "The dangers of drinking and driving...