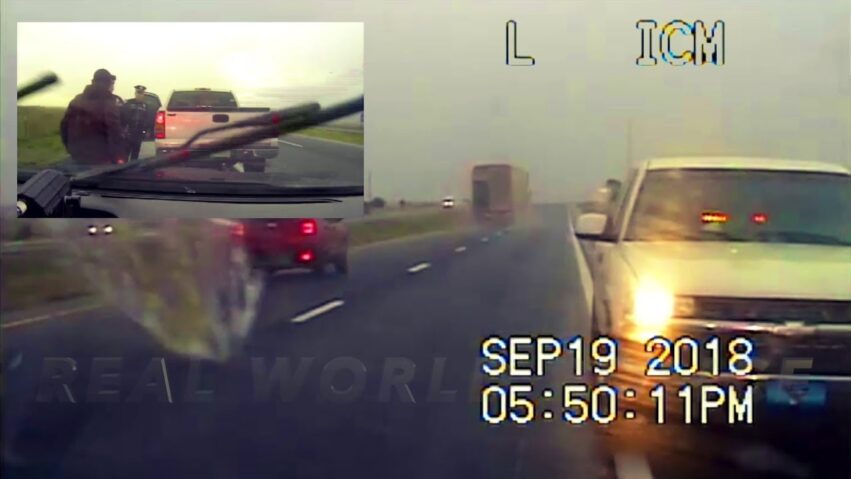 [You may need to click the “CC” button to turn on English subtitles, which begin around 8:35. If you’re wondering why the trooper seems to be familiar with the motorist, listen to the dispatch recording from this call, which begins around 20:12.]

The footage in this video was captured on September 19, 2018 in the early evening in northern New Mexico, when 911 operators began receiving a flurry of calls reporting a wrong-way driver barreling down I-25 at full speed in the rain.

The Federal Highway Administration reports that in the United States, wrong-way driving (“WWD”) crashes result in 300 to 400 deaths each year on average, representing approximately 1 percent of the total number of traffic-related fatalities that occur annually. While this is a small percentage overall, because WWD crashes involve head-on or opposite direction sideswipe collisions at high (combined!) speeds, they tend to be much more severe than other types of crashes.

Although there are many strategies and engineering treatments in use that are designed to address WWD, at the end of the day when someone is spotted driving the wrong direction on a road we all rely on law enforcement officers to rapidly respond and remedy the situation, often at great danger to themselves. This video shows one such – somewhat bizarre – occasion.

A cool item of note: dash camera footage from the trucker who is heard in this video calling 911 is on YouTube! It can be found at https://www.youtube.com/watch?v=b1CG036e_gc.

Last but not least, a huge thank you to Miguel Dominguez for his work translating and subtitling this video. If you’d like to submit an addition or correction for consideration, it’s easy: just click the three dots to the right of the like/dislike icons, then click “Add Translations.”

Community translations and transcriptions can be contributed to any video on this channel, and in any language. (Yes, even English! Real World Police has deaf and hard-of-hearing viewers who rely on Google’s impressive-but-still-bad automatic transcriptions. If you’re interested in subtitling in English, go for it!) 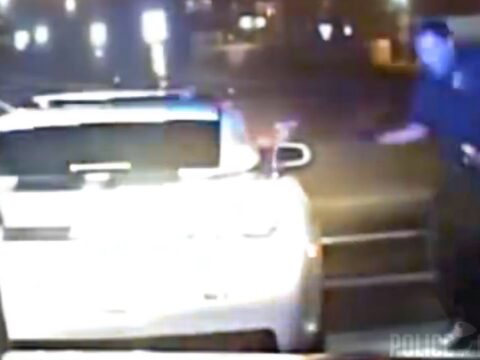 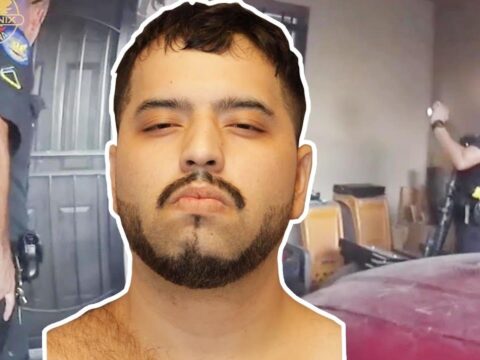 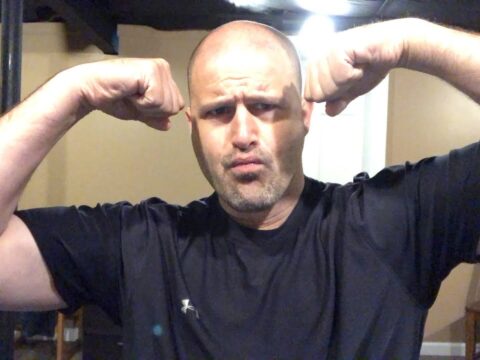 The Why and How of Fitness

71Pct – Rouge Anti-Crime Officer violently Attacks guy for Filming / Officer fails to ID himself
rafael.nieves 2021-04-30 0 Comments
This Anti-Crime Officer needs to be Drug tested by the Department for possible Steroid or Cocaine Abuse...This officer is seen...