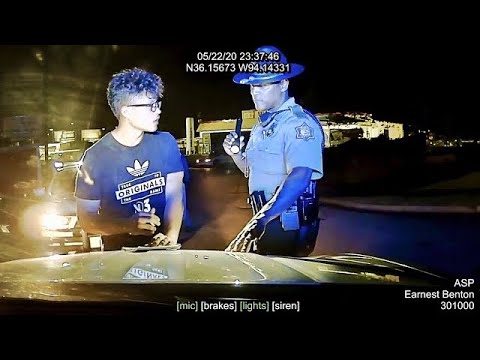 On 05/22/20, at approximately 10:49 pm, Trooper Earnest Benton had just merged onto College Avenue southbound from Fullbright when he spotted three sports cars racing northbound on College Avenue at speeds he estimated to be well over 100 miles per hour. Trooper Benton swung around after the third car passed his location. He was in a pursuit.

The fleeing vehicles increased their speeds, and started weaving through light traffic as they fled. As the three vehicles passed Main Street, two turned their lights off. At night. From that point, they were only visible when they braked.

The three vehicles entered into the city limits of Springdale, Arkansas on Thompson Street, running a red light at the intersection of Thompson Street and West Lakeview Drive. They continued weaving In and out of traffic as they fled northbound.

Trooper Benton noticed vehicles stopped just south of Locomotive Avenue on Thompson Street in the northbound lanes of traffic, and saw that one of the fleeing cars had crashed into a creek on the east side of Thompson Street. There was a red Chevy Camaro upside-down in the creek. And its two male occupants were exiting.

Meet Brian Escobar-Lopez and his friend Humberto Ibarra. Escobar-Lopez was charged with felony fleeing and racing. Felony Information was actually filed, and his case is still open.

A look at Mr. Escobar-Lopez’s driving record, only in relation to the State Police, reveals that he wasn’t lying about his history of speeding tickets.

For context, as a reminder, the pictured incident occurred only shortly thereafter, on May 22, 2020.

-A growing library of more than seventy exclusive full-length Real World Police videos
-The Roadcam series
-Supporting documentation: police reports, court records, and other investigatory material
-Material from cases not shown on the main channel, like the arrest of Chris Hansen and the detention of T-Pain by TSA.
-Early access to some videos
-And more! 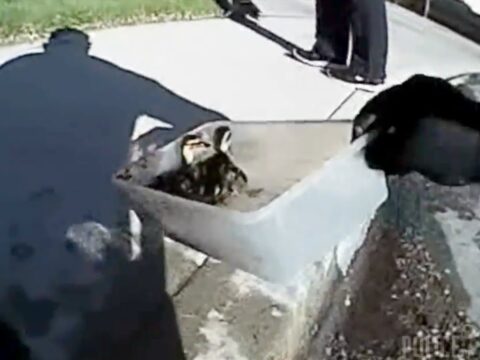 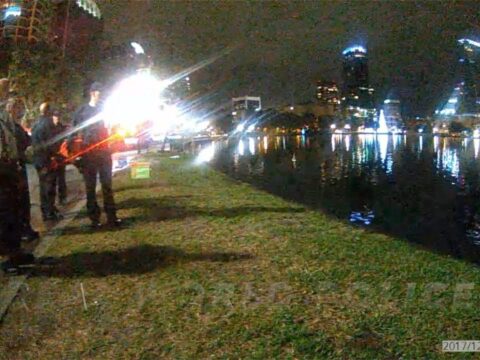 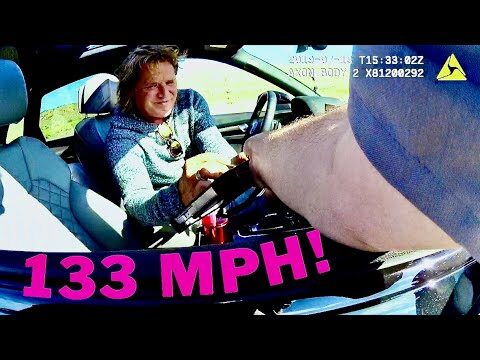 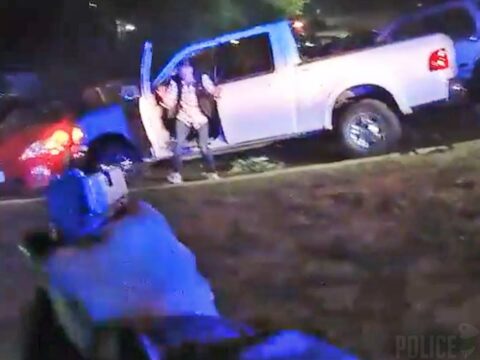 PSA5/23Pct L.T. & Officer Criminalize Woman for Graffiti & Physically touches woman
rafael.nieves 2021-05-03 0 Comments
THIS VIDEO WAS SENT TO ME THROUGH OUR VIDEO SUBMISSION WEBSITE.....CPU has seen this White shirt being driven around with...

Police Bust Man Impersonating U.S. Marshal in Florida
rafael.nieves 2021-04-26 40 Comments
** (Disclaimer: This video content is intended for educational and informational purposes only) ** When you’re going to impersonate a...