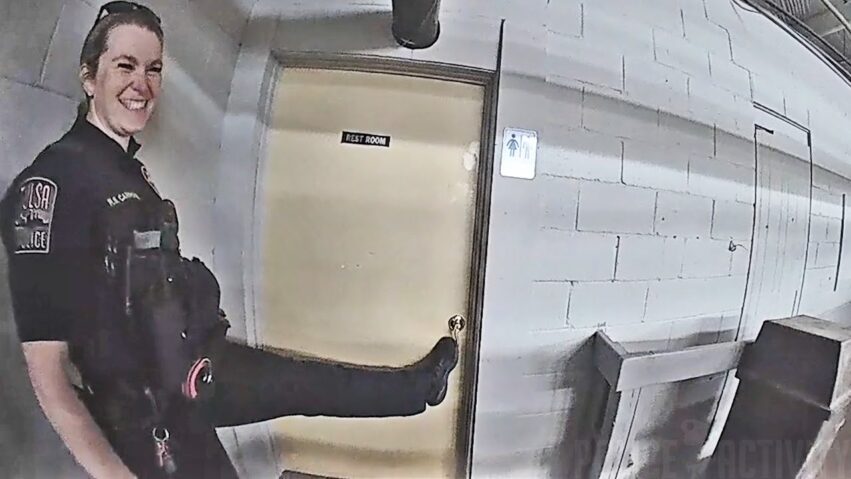 * (Disclaimer: This video content is intended for educational and informational purposes only) *
Tulsa, Oklahoma — Newly released body-camera footage by Tulsa Police Department shows Officer Ronni Corracia laugh and arm a Taser outside a locked door after several minutes of failed efforts to persuade LaDonna Paris, 70, to come out of ReStore’s restroom. After hearing the Taser and the officer’s threat to deploy it, Paris begs the officer, “Don’t do it.” On Oct. 25, 2021, LaDonna June Paris walked into a Habitat for Humanity ReStore in the midst of a mental health crisis. Paris is diagnosed with bipolar disorder and was having a manic episode associated with her illness. Tulsa Police were called by employees of the Re-store located at 1234 S. Norwood in reference to a woman who had locked herself in the bathroom. The employees told officers that she had been in there for 4 hours and she left a dog locked in a U-Haul that she arrived in. They told the officers that she was not allowed to be in the bathroom, and they wanted to remove her and tell her that she wasn’t allowed to come back on the property.

Officers requested, Community Response Team respond to the location to assist with Paris, but they were busy on another call and unable to respond to the location. The officers start off asking for Paris to come out, even calling the manager on speakerphone and told Paris that she had to leave, but Paris did not believe that it was the actual manager on the phone and dismissed it. Officers appeared to become increasingly impatient with Paris, who had been in the bathroom for more than four hours. During the video an officer identified as Ronni Carrocia is seen banging on the door while laughing and clicking a stun gun on and off. She yells into the bathroom, where Paris has barricaded herself, saying, “You want to get Tazed?” Carrocia can then be seen laughing as Paris responds, “Don’t do it.” The footage was filmed on Carrocia’s partner’s body camera. The video also shows Carrocia banging on the door and then saying, “This is going to be so fun.”

Carrocia can also be heard laughing about Paris being “so 85,” a reference to the Tulsa Police radio code for a person in mental distress. The officers recognized that Paris had been spraying an aerosol can and had a lighter. Officer secured a fire extinguisher started to formulate a plan to bring another officer to the location to help secure Paris. A third officer arrived on scene and Paris still refused to exit the bathroom, the officers formulated a plan to enter the room and secure Paris. While the use of OC spray was discussed the officers chose to not use it and try to control Paris’ hands instead. officers made entry in the bathroom and quickly took Paris into custody. Paris did sustain an injury to her face when officers were taking her into custody on the floor of the bathroom. EMSA was called to the scene and they tended to Paris’ injury. An EMSA responder is seen telling an officer Paris was bipolar and suffering from a manic episode.

Paris, who was suffering from a mental health crisis and had locked herself in the bathroom of a store, was arrested on several charges and spent a month in jail, according to officials and public documents. The charges against Paris were later dismissed by a judge, records show. A lawsuit has now been filed. Carrocia has not commented about the incident and backlash and it was not immediately clear if she has hired an attorney who could speak on her behalf. In a statement, the Tulsa Police Department commented about the officer’s behavior: ” To be clear, the banter between the officers outside of the presence of the suspect can be received as unprofessional and has been addressed with the Officers. The overall actions of the Officers and the way in which the call was handled is within the policies of the Tulsa Police Department.” 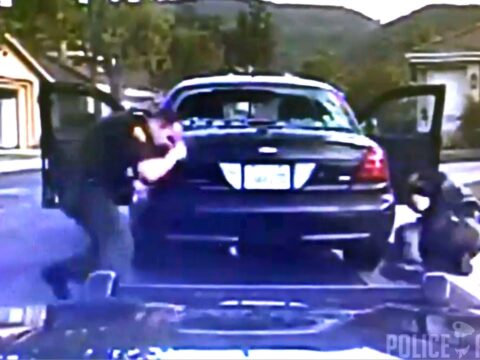 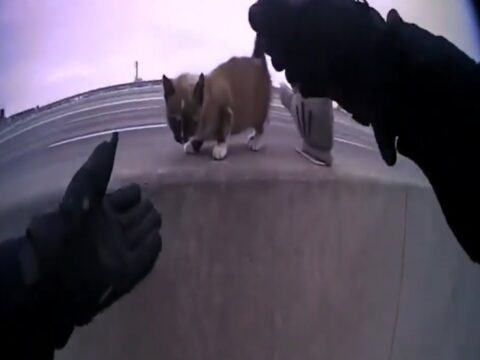 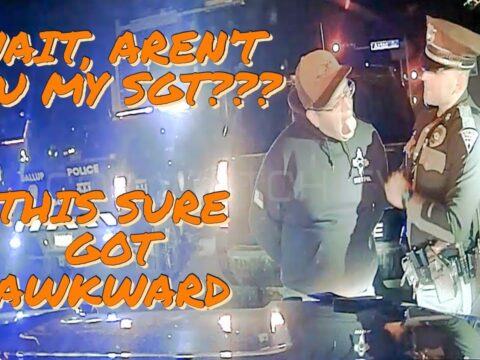 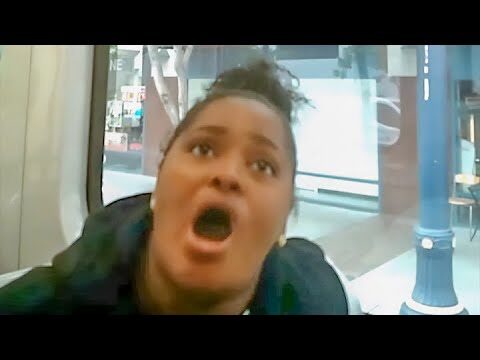 I’m on the phone!

Fire 105 Freeway
phillyfinest369 2021-05-06 6 Comments on Fire 105 Freeway
Join this channel to get access to perks: https://www.youtube.com/channel/UCWkwW8xZBqqXjB4teSo5fPg/join ** (Disclaimer: This video content is intended for educational and informational...