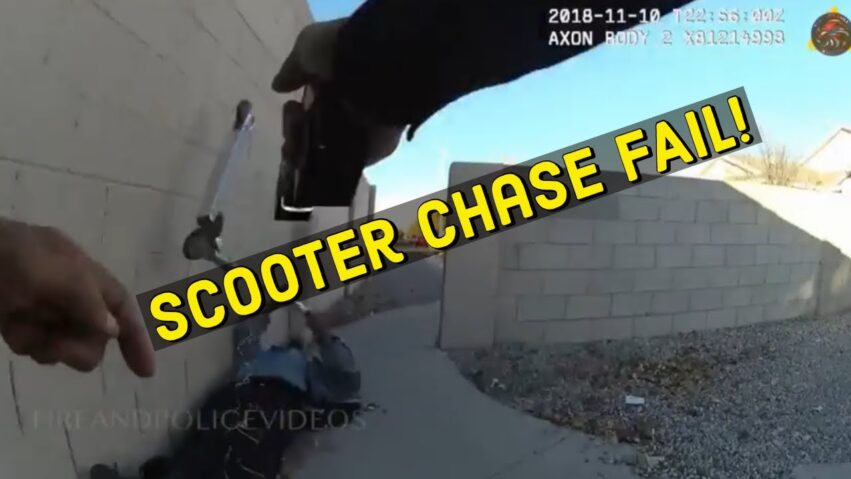 On November 10th, 2018 according to a police report at 1556 hours Officer CJ was on patrol near April Flower & Desert Breeze Sw in Albuquerque, NM for the express purpose of
searching for Manuel Castellanos who is a felony fugitive known to frequent the neighborhood. Officer CJ observed
Manuel leaving the 1900 block of Desert Breeze Rd Sw. He was on a Silver foot scooter and approaching
Officer CJ’s police car as he was parked approximately 4 homes south of his position. I noticed what appeared to
be red machete type lethal cutting instrument tucked into his front waist area. Officer CJ exited his vehicle and called out his first name and he acknowledged him by saying “what”???. Officer CJ told him he
was under arrest for a felony warrant. He stopped peddling in my direction and responded by saying “I’m
Gone! He quickly swung the scooter to his left so he was facing north, mounted his right foot on the foot pad
and began to use his left foot as a means of propulsion. He then fled north back towards 1940 Desert
Breeze Rd Sw. Having worked this area for a few years Officer CJ was aware there are firearms inside this
residence that Manuel may have excess to. Officer CJ notified Radio that he was in a foot pursuit with Manuel Castellanos while he ran behind him from a safe
distance. They ran past 3 driveways as Manuel approached a breezeway opening in a block wall. Manuel was
about 15 to 20 feet north of Officer CJ when he gave a him one loud and clear warning that he would Taser him if he
failed to stop. He ignored the warning and Officer CJ activated the Taser and attempted to place the red laser dot on his
upper back. Officer CJ was still jogging as he pulled the trigger and as Manuel traveled over a small sloped concrete
curb. The top probe impacted the back of his head while the bottom probe struck the lower rear left area of his torso.
The solid contacts of both probes effectively caused Manuel to lock up and fall to the ground on his back. Both
of his hands were firmly clasped onto the scooter handle bars during the deployment. The Taser deployment
prevented him from pulling the red item from his waist. The back of his head struck solidly against the concrete. The location of the probe and the impact to the
concrete caused a laceration to his head. Officer CJ quickly removed the red item from Manuel’s waist, which turned out to be
a 2 1/2 foot long samurai sword and placed it out of his reach. Officer CJ then placed him into handcuffs. Concerned about his head wound & possible injury to his neck Officer CJ did not roll
him onto his stomach, but rather he secured his hands in front and allowed him to lean up against the block wall.
Once Manuel began to speak with CJ he assumed he tripped over the curb and admitted to have been drinking
all day. EMS units BCFD 22 and ABQ Ambulance 22 arrived to treat Manuel. Officers Schmidt, Padilla and
33 Acting Sgt Bumphrey arrived to assist. He was transported to UNMHC for treatment and due to the felony
warrant Officer N. Schmidt 5954 rode in the Ambulance. Crime Scene Analyst Riechers arrived to process the scene. NCIC did confirm one Felony warrant & one Misdemeanor warrant. Officer CJ completed two NTC’s, one for eluding and
one for possession of concealed deadly weapon. Officer CJ informed Officer Schmidt that Manuel’s paperwork could be
retrieved from his mailbox at the sub. While enroute to the SW substation Officer CJ was informed about Incident # 183131572 by Officer Parra. This incident
involved Manuel calling 911 on the previous night attempting turn himself in for the felony warrant. Those officer
were unable to make contact with Manuel. Officer CJ’s video was activated, reviewed and downloaded for this incident which we are now viewing.

https://www.youtube.com/watch?v=aEVahAirlN4 ** (Disclaimer: This video content is intended for educational and informational purposes only) ** 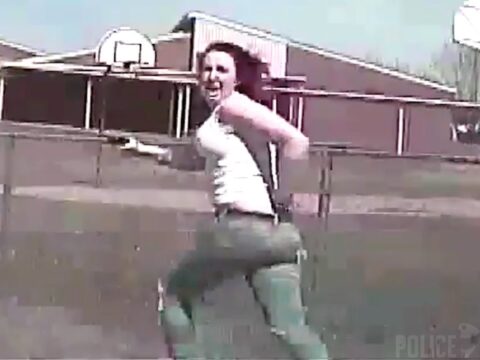 Dashcam Shows Wanted Woman Get Run Over After Firing At Police 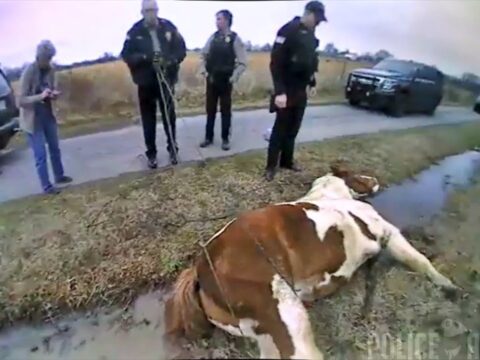 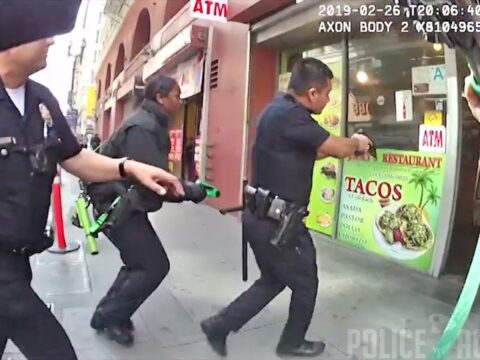 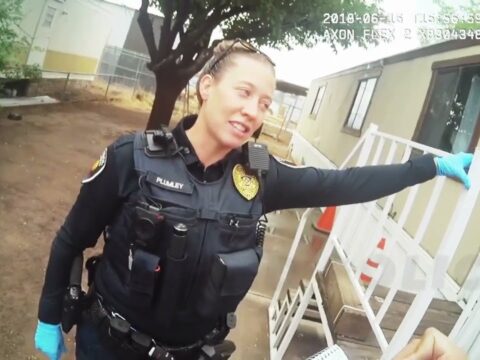