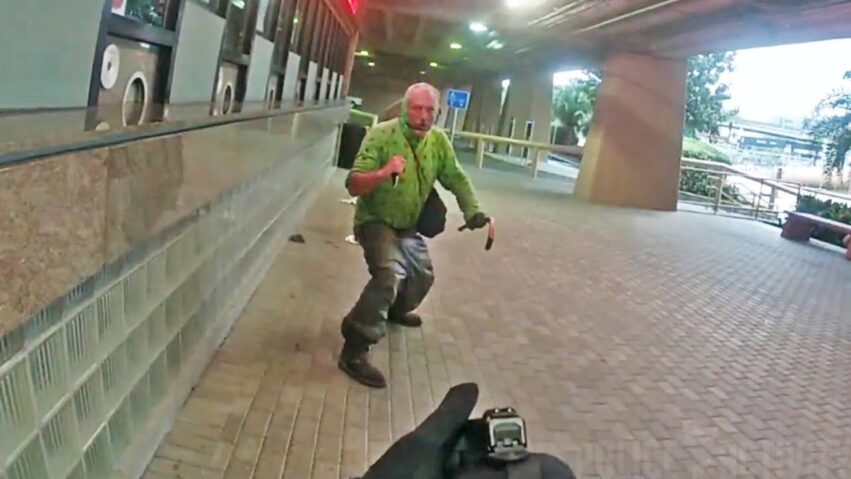 * (Disclaimer: This video content is intended for educational and informational purposes only) *
New Orleans, Louisiana — On Tuesday, November 15, the New Orleans Police Officers were sent to the Caesars Superdome to remove an armed man who was trespassing near one of the ticket stands. When officers responded to the stadium they found 62-year-old Jimmy Deeson, who is homeless, sitting on the ground in front of the ticket booth, reportedly refusing to leave. The video shows him holding a walking cane and moving closer to the officer. Police say he was in a tactical stance. Officers ordered Deeson to drop his knife, and that’s when detectives say the man lunged at officers. Officer Romelo Noel stepped back and shot Deeson in the arm. The video ends after the officers call for an ambulance. Deeson has since recovered from the gunshot. Police say that he has a history of violence, being previously convicted of murder in another state. He’s been charged with five counts of aggravated assault and trespassing related to the incident. Officer Noel was reassigned pending the investigation into the shooting. Chief Shaun Ferguson says he expects him back on his normal patrol duties soon. 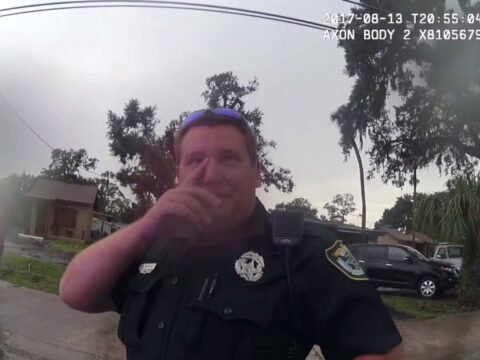 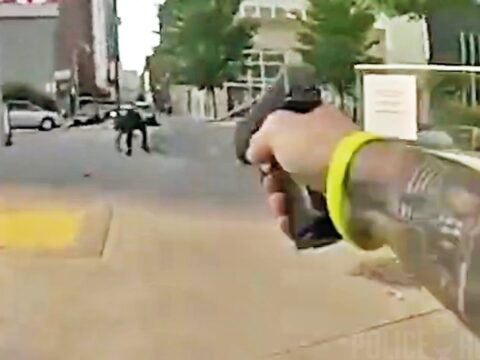 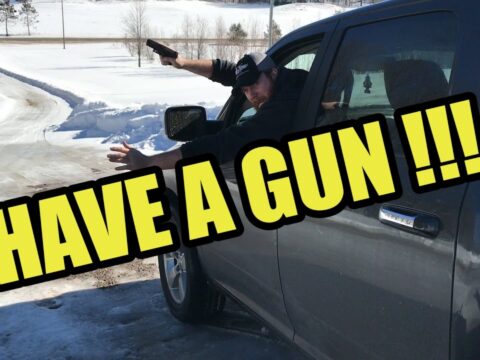 Reacting to the Police When Carrying a Concealed Weapon 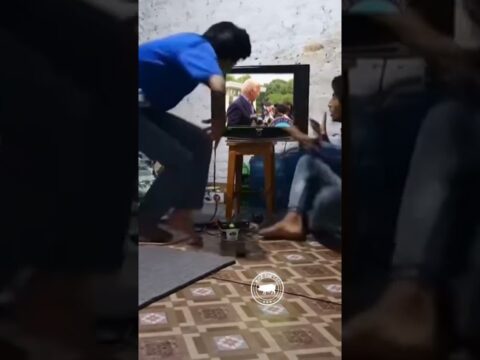 These Kids react to Joe Biden