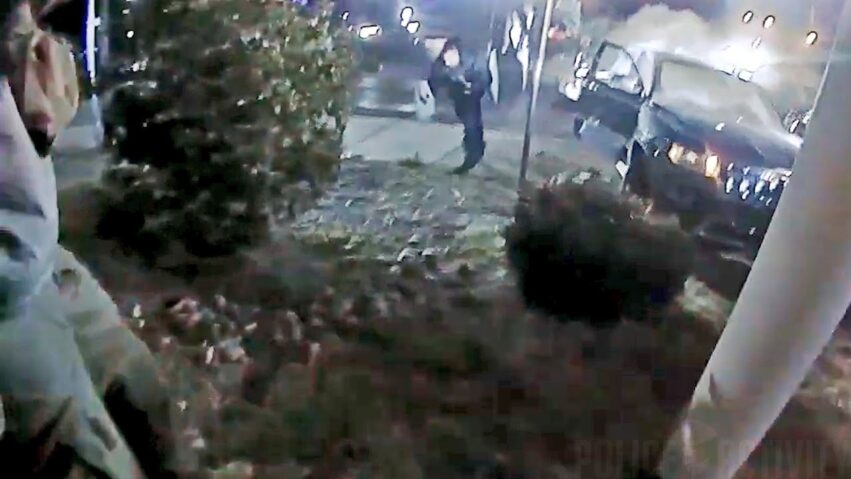 * (Disclaimer: This video content is intended for educational and informational purposes only) *
Albuquerque, New Mexico — On November 16, 2022, at around 11:00 p.m., a New Mexico State Police officer made a traffic stop on a suspected drunk driver (34-year-old Roberto Armijo) who was driving with no headlights on and was swerving in and out of his lane. As the officer approached the vehicle, he noticed that there were several edged weapons inside the vehicle and Armijo refused to exit. A second State Police officer arrived on the scene and placed tire deflation devices under the Armijo’s vehicle. While the officer was speaking with Armijo and trying to get him to peacefully exit the vehicle, Armijo placed the vehicle in reverse and backed into the officer’s marked patrol unit.

Armijo tried to flee, but with his tires deflated he crashed into the curb at the Smith’s grocery store on Louisiana. Once stopped, Armijo barricaded himself in the vehicle and refused to get out. The Crisis Negotiation Team and New Mexico State Police Tactical Team were called to assist. After hours of negotiations, and giving commands to Armijo to surrender, at around 3:00 a.m., he got out of the vehicle armed with a machete and a makeshift shield fashioned out of a wooden cabinet door that he had attached straps to for his arm. At this point during the encounter, three tactical officers fired, one with a less lethal round and the other two with their duty rifles. Armijo was struck by gunfire and suffered fatal injuries. No officers were injured during this incident. 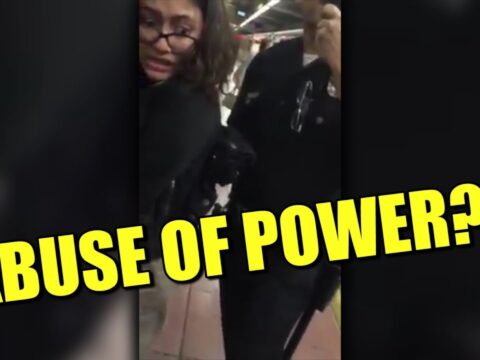 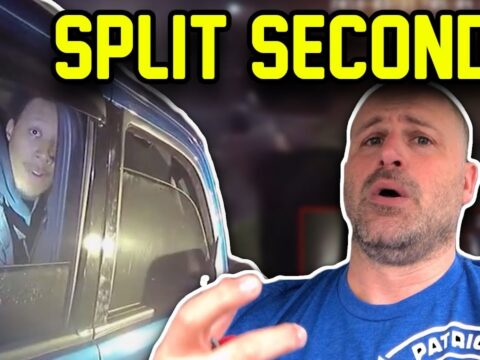 Why Are Cops So Cautious? 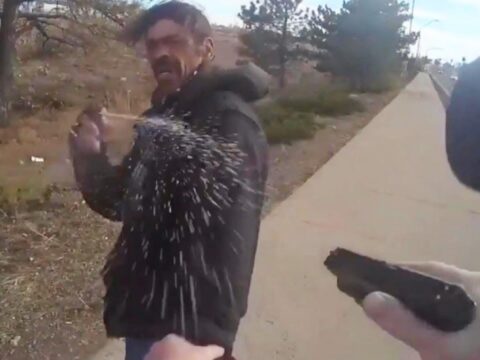 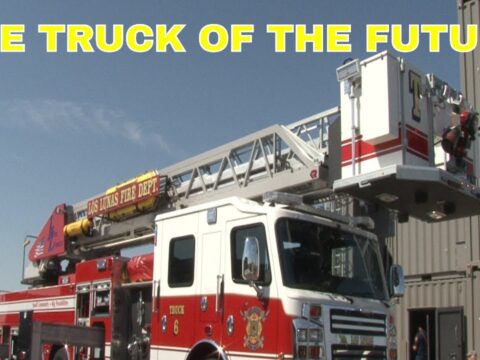