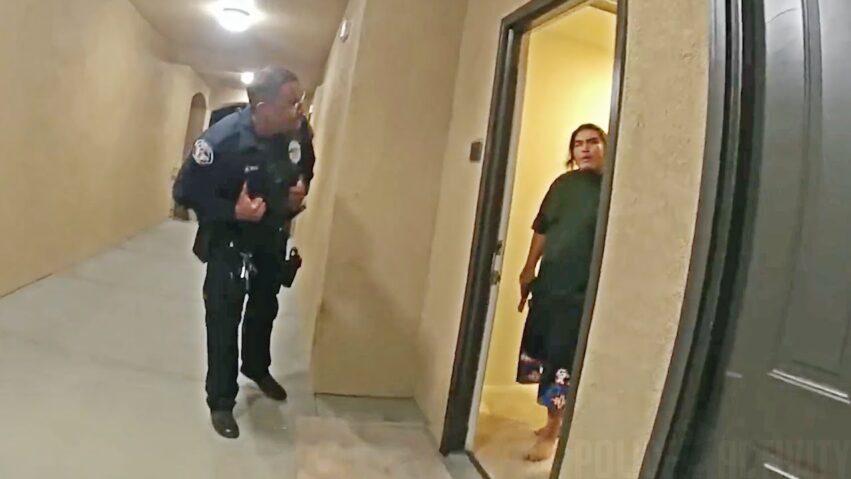 * (Disclaimer: This video content is intended for educational and informational purposes only) *
Menifee, California — On September 16, 2022, at 9:48 p.m., a resident of the apartment complex located in the 27700 block of Aspel Road, called 911 to report a male was banging on a nearby apartment door. The caller said the male was yelling for someone to open the door and was yelling profanities. The caller also stated the male could be heard banging on the walls and was stomping around. Officers responded to the location and approached the apartment where the disturbance was reported to be coming from. Officers, who were wearing Menifee police uniforms, knocked on the apartment door. After a few moments, the suspect, identified as 19-year-old Robert Arres, opened the apartment door. Arres initially had his right hand concealed behind the right side of his body. After looking at the officer, Arres stepped forward and brought his right hand forward. As his right hand came into view, the officer could see Arres was holding a handgun in his right hand. Arres was looking directly at the officer. Instead of immediately dropping the handgun, Arres again concealed the handgun behind his right leg.

The officer’s visual of the handgun was obstructed by Arres right leg and the door jamb. In approximately ¾ of a second Arres rapidly removed his now empty right hand from the concealed position and began to move it upward. Believing Arres was still armed with the handgun, the officer discharged his firearm at Arres. The officer fired one round from his duty handgun. After Arres was taken into custody, officers located a loaded 9mm handgun on the floor directly inside of the apartment door where Arres was last seen holding the handgun. The time between Arres opening the door with the handgun in his right hand and the officer firing one round was less than three seconds. The handgun was a 9mm unregistered and unserialized polymer 80. The handgun was loaded with 1 round in the chamber and 5 rounds in the magazine. Arres was not struck by gunfire and did not sustain any injuries. During the statement to detectives, Arres admitted to knowing the officers were police officers upon opening the apartment door. Arres was arrested for 2 felony handgun violations and was booked into custody at the Cois Byrd Detention Center. 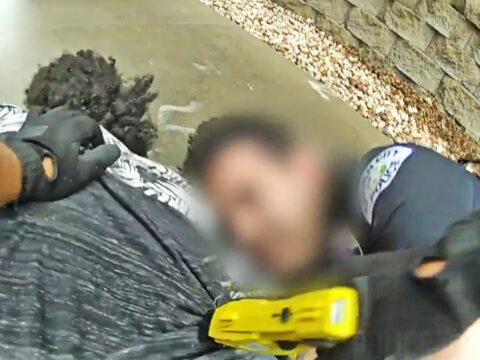 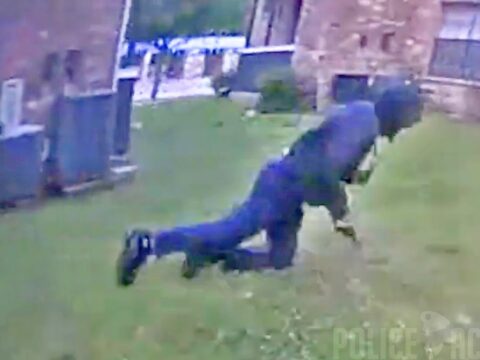 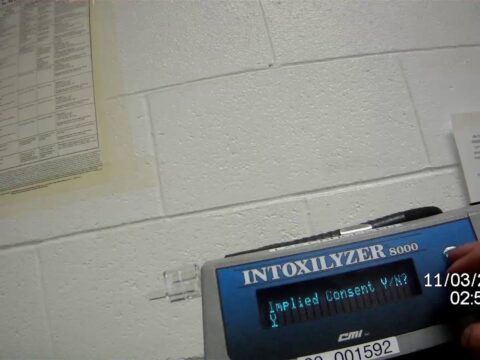 Intoxylizer 8000 in HD; or A Normal Breathalyzer Test 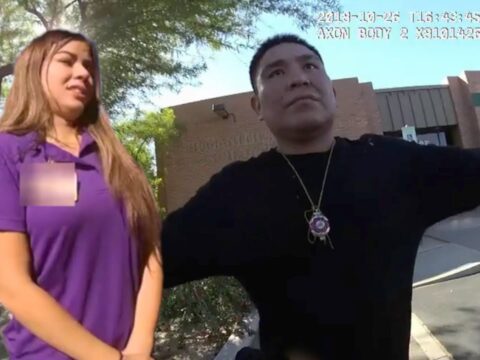