Florida Man Kidnaps His Child, Gets Tased and Bitten by K-9 – Everything Law and Order Blog Skip to content 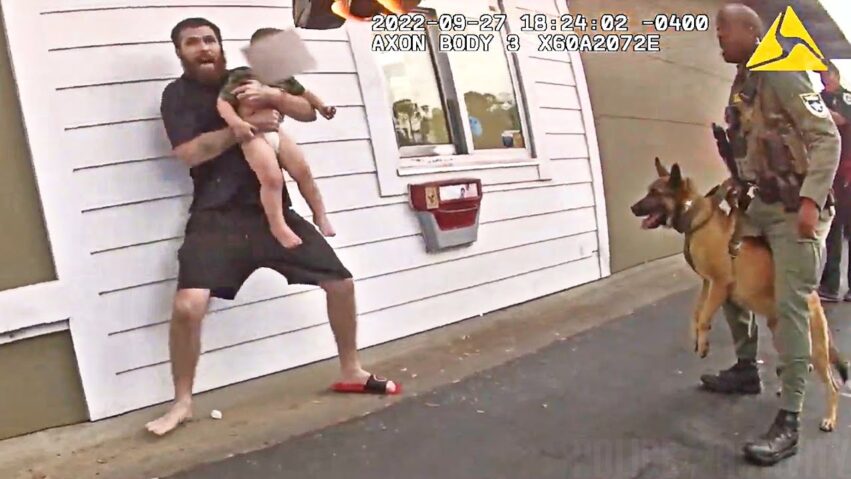 * (Disclaimer: This video content is intended for educational and informational purposes only) *
Palm Coast, Florida — A 27-year-old Palm Coast resident faces charges of kidnapping and using a minor as a human shield after he abducted a small child while armed with a gun and led deputies on a chase which ended in a standoff at a fast food restaurant’s parking lot. At approximately 6:08 p.m. Tuesday (September 27, 2022), the Flagler County Sheriff’s Office (FCSO) responded to a home on Bunker Lane in Palm Coast after receiving a report of a possible child abduction involving a 1-year- old. FCSO discovered that the boyfriend of that child’s mother – since identified as 27-year-old Brandon Matthew Douglas Leohner – had abducted the child while armed with a handgun and was driving with the child in his lap as he left the residence.

Deputies located the male a short time later driving recklessly through medians while speeding south on Belle Terre Parkway. When deputies attempted to conduct a traffic stop on the vehicle, Leohner fled traveling east onto State Road 100, driving over the median and through oncoming traffic before turning into the Target shopping center in Town Center. Leohner then drove into the nearby McDonald’s parking lot and exited the vehicle near the drive-thru with the child in his arms, using the child as a human shield and refusing to obey law enforcement commands to put the child down. After a brief standoff, deputies deployed a taser, rescued the child and began immediately comforting the child while other deputies worked to control Leohner.

Leohner attempted to flee and continued to resist deputies until a K-9 and a taser were able to control him. He was then placed in handcuffs and paramedics were called in to treat his wounds from being apprehended by the K-9. The child was not hurt and was quickly reunited with his mother. Leohner was arrested and charged with kidnapping, using a minor as a shield, resisting with violence, child neglect, fleeing and eluding and reckless driving. Leohner was transported to AdventHealth for treatment of his injuries and will be booked at the Sheriff Perry Hall Inmate Detention Facility upon his release. He has no prior arrests in Flagler County. 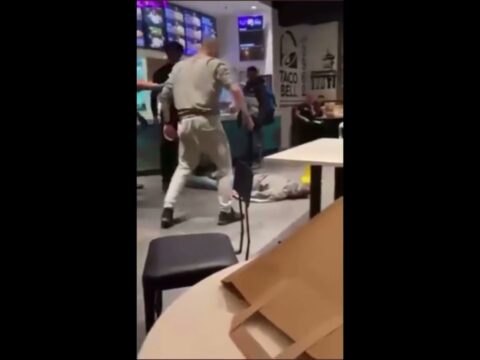 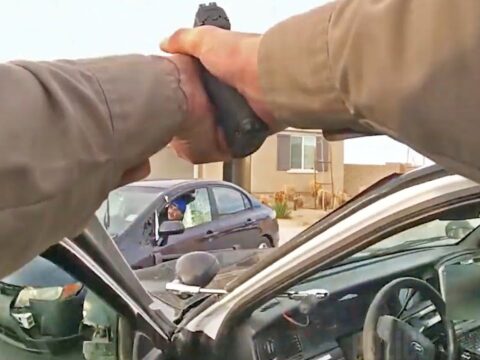 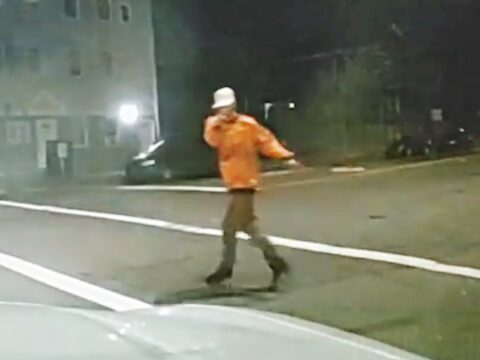 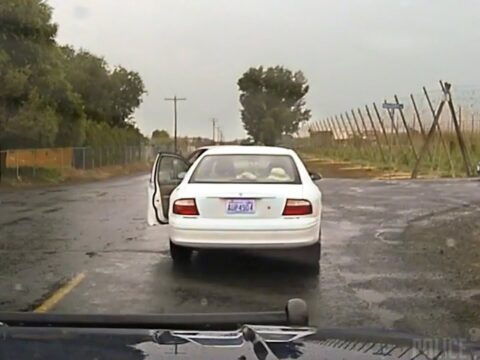 43 thoughts on “Florida Man Kidnaps His Child, Gets Tased and Bitten by K-9”