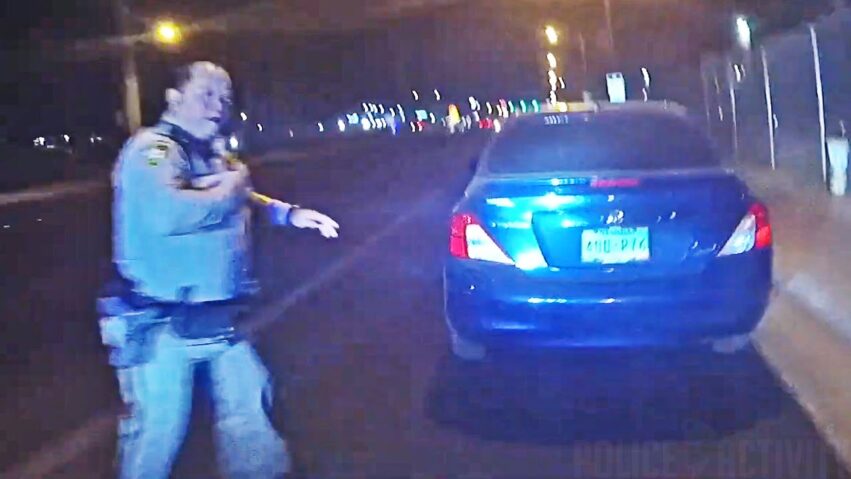 * (Disclaimer: This video content is intended for educational and informational purposes only) *
Las Vegas, Nevada — On October 13, 2022 at 1:08 a.m., a woman called into our communications center to report that she had been battered by her husband, 24-year-old Tyson Hampton. The victim stated they were waiting for police in the 800 block of East Flamingo Road. At approximately 1:40 a.m. Officer Truong Thai and Officer Ryan Gillihan were assigned to the call. Officer Gillihan was the first to arrive and contacted the victim of the domestic battery along with her mother. Hampton was sitting in his vehicle which was a short distance away from the victim. Officer Gillihan spoke with the victim for a few minutes while waiting for Officer Thai to arrive.

Officer Gillihan approached Hampton’s vehicle as Hampton began driving away. Hampton then produced a firearm out of his driver’s side window and fired at officers, striking Officer Thai and his mother-in-law. Despite being mortally wounded, Officer Thai returned fire as he laid on the ground. Officer Gillihan also returned fire as Hampton drove away from the area. The description of Hampton and his vehicle were broadcast to all police channels and a short time later, Hampton was spotted by an officer driving not far from where the shooting occurred. Hampton refused to stop his vehicle for marked patrol units and a PIT maneuver was conducted.

He was then taken into custody with the assistance of a K9 unit. Officer Thai was transported to Sunrise Hospital by medical personnel where he succumbed to his injuries. Hampton’s mother-in-law was also transported to the hospital to be treated for her non-life-threatening injury. Hampton was booked into CCDC for Murder on a Protected Person with Deadly Weapon, Attempt Murder with Deadly Weapon (4 Counts), Battery with Deadly Weapon Resulting in Substantial Bodily Harm, Discharging a Firearm within Vehicle, Discharging a Firearm into an Occupied Vehicle, and Domestic Battery. 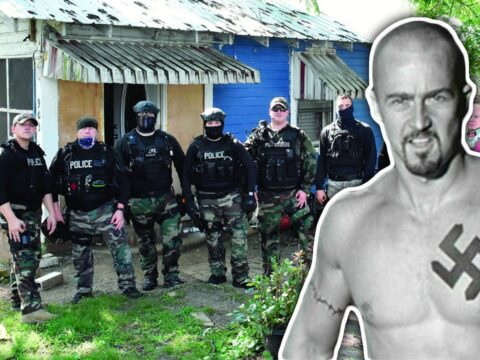 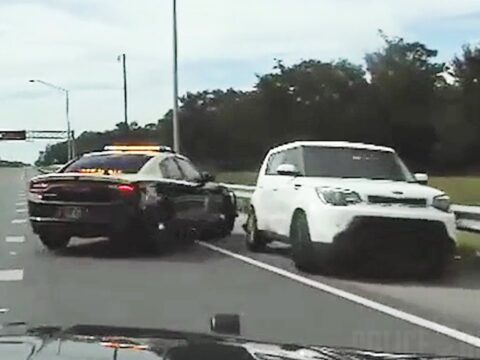 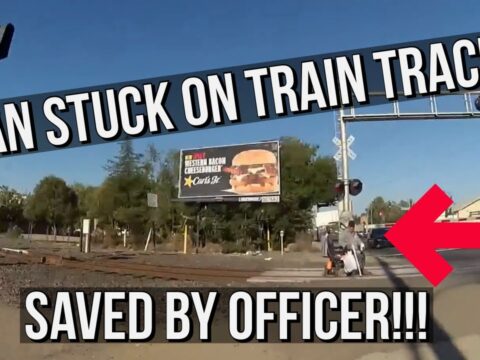 Heroic Officer saves man from railroad tracks whose wheelchair was stuck on the tracks!!! 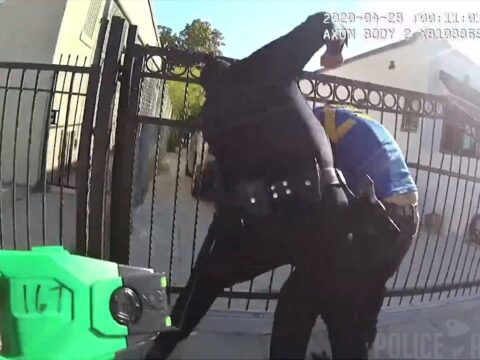