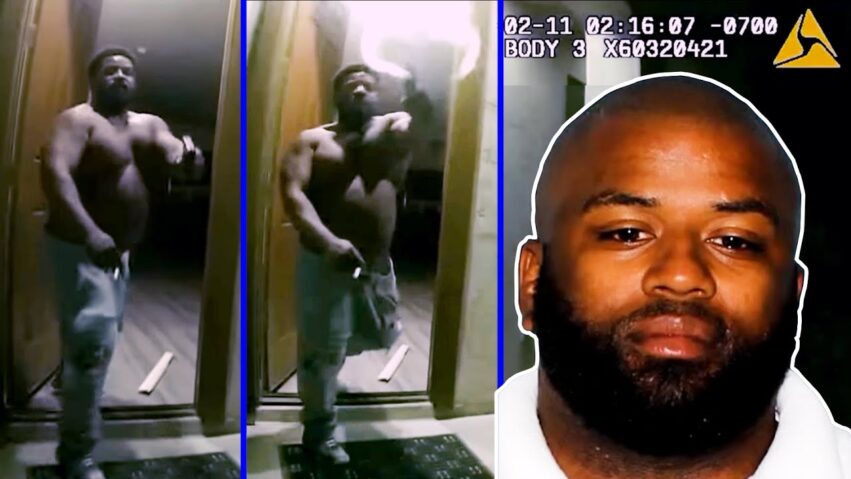 This incident occurred in the area of 54th Avenue and Elwood street at 2:10 a.m., when a 911 call was made and a man, later identified as 36-year-old Morris Jones, reported his wife had been shot by intruders during a robbery.

“It’s a gunshot wound. We had an intruder,” Morris told the 911 operator.

Officers would later discover Jones had shot and killed his ex-girlfriend, Shatifah Lobley inside the home.

At about 2:15 a.m., the first officer arrived at the house and approached Jones, who was standing in the threshold of the front doorway. Jones waved his arm repeatedly, motioning the officer to come inside while saying, “Come on, come on.” When the officer neared the front door, Jones raised a handgun that he had concealed by his side and shot the officer multiple times. The officer turned and ran down the street while notifying other officers he had been shot and needed help.

The next officer on scene arrived just as Jones shot the first officer. That second officer fired his duty weapon at Jones, striking him once as Jones went back into the house and closed the door.

Over the next few minutes, multiple officers arrived on scene and set up a perimeter around the house. At about 2:28 a.m., Jones went outside to a small fenced-in side-yard area and shot into the air, in the direction of the police helicopter overhead.

At about 2:32 a.m., Jones got into a vehicle in the garage, on the backside of the house. The garage door opened, and Jones tried to drive away. A police vehicle parked at the back of the house prevented Jones from leaving. Squealing could be heard from Jones’ vehicle as he drove into the police vehicle.

After the unsuccessful attempt to leave, Jones closed the garage door and went back inside the house.

At about 2:36 a.m., Lobley’s brother came out of the front door holding a baby. Officers did not know his involvement in the incident, so they instructed him to put the baby down and walk backwards toward the officers. He followed their directions and was detained.

As two officers placed handcuffs on Lobley’s brother, another group of officers moved toward the front of the house to rescue the baby. As the officers reached the front door, Jones shot multiple times, striking several officers.

Lobley’s brother and several other officers nearby were struck by bullet fragments that ricocheted off the ground.

During this round of shots, Jones was inside the house at the top of the stairs, which are directly inside the open front door.

At about 2:49 a.m., Morris again fired from inside the house. One officer returned fire.

Officers from the Special Assignments Unit (SAU) arrived on scene and developed a plan using armored vehicles and shields to rescue the baby. This occurred at about 3:30 a.m.

At about 3:39 a.m., Jones shot at and struck the armored vehicle while SAU officers were inside it, causing damage to one of the tires.

SAU negotiators had been talking with Jones over the phone to get him to come out of the house and surrender. Jones did not stay on the phone. The negotiators sent text messages and left voicemails as well.

SAU officers launched gas rounds into the house to encourage Jones to come out. When there was no response, the officers eventually entered the residence and located Jones inside, dead, from an apparent self-inflicted gunshot wound. They also located the adult female victim, Shatifah Lobley, dead from a gunshot wound.

Detectives later determined Jones used a handgun when he shot the officer who initially approached the front door.

Each subsequent volley of gunfire from Jones was with a rifle. Both weapons were located inside the home next to Jones’ body.

✅My channel was re-monetize again but only a few videos are like police chase without shooting. My content is about 95% of Officer Involved Shooting.
If ever you want to to encourage me and support the channel you could toss a $1 or $2 one-time tip or more if you want at:
💲https://www.paypal.me/VideoLeakPolice .
Or Support the channel by getting you and promote a Video Leak Police T-Shirt at the VLP Store: https://videoleakpolice.myshopify.com/collections/all
🔴➡ ON PATREON:
https://www.patreon.com/VideoLeakPolice.
Thank you 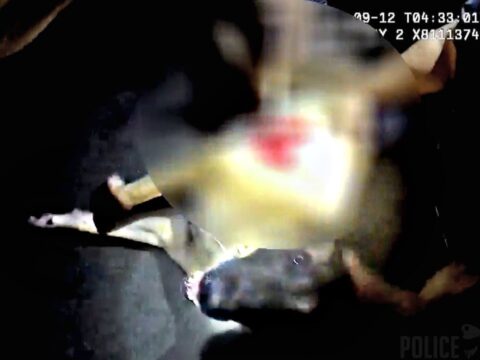 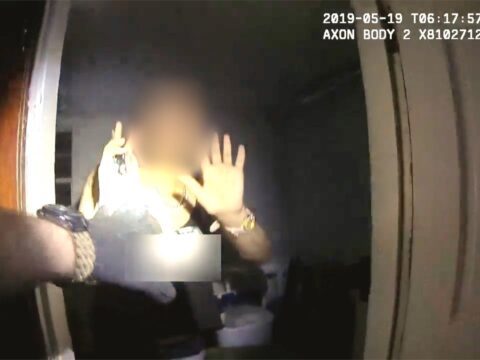 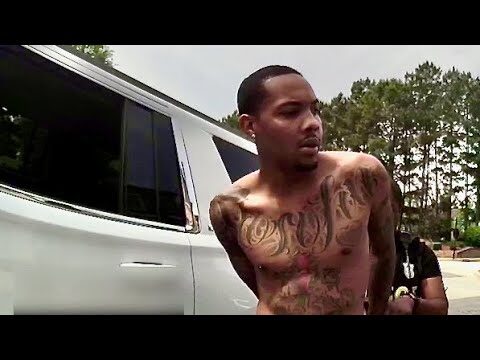 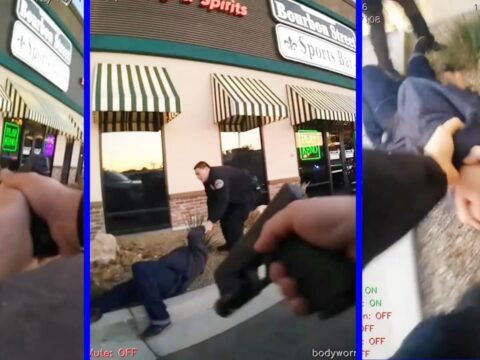 Deleted video
phillyfinest369 2023-02-01 0 Comment on Deleted video
This video is unavailable. ** (Disclaimer: This video content is intended for educational and informational purposes only) **

Special exhibit opens at Museum of the American revolution

NEXT Weather: Sun and clouds on Thursday

Here's where you can find a Jalen Hurts mural in Philly