Asiana 214: Communications – Everything Law and Order Blog Skip to content 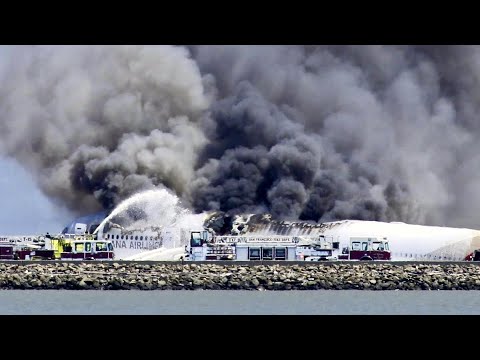 On July 6, 2013, about 1128 Pacific daylight time, a Boeing 777-200ER, operating as Asiana Airlines 214, was on approach to runway 28L when it struck a seawall at San Francisco International Airport. Three of the 291 passengers were fatally injured; 40 passengers, 8 of the 12 flight attendants, and 1 of the 4 flight crew received serious injuries. The other 248 passengers, 4 flight attendants, and 3 flight crew received minor injuries or were not injured. The airplane was destroyed by impact forces and a post-crash fire.

The flight was vectored for a visual approach to runway 28L and intercepted the final approach course about 14 nm from the threshold at an altitude slightly above the desired 3° glidepath. This set the flight crew up for a straight-in visual approach; however, after the flight crew accepted an air traffic control instruction to maintain 180 knots to 5 nm from the runway, the crew mismanaged the airplane’s descent, which resulted in the airplane being well above the desired 3° glidepath when it reached the 5 nm point. The flight crew’s difficulty in managing the airplane’s descent increased as the approach continued.

As the approach continued, it became increasingly unstabilized as the airplane descended below the desired glidepath; the PAPI displayed three and then four red lights, indicating the continuing descent below the glidepath. The decreasing trend in airspeed continued, and about 200 ft, the flight crew became aware of the low airspeed and low path conditions but did not initiate a go-around until the airplane was below 100 ft, at which point the airplane did not have the performance capability to accomplish a go-around. The flight crew’s insufficient monitoring of airspeed indications during the approach resulted from expectancy, increased workload, fatigue, and automation reliance.

When the main landing gear and the aft fuselage struck the seawall, the tail of the airplane broke off at the aft pressure bulkhead. The airplane slid along the runway, lifted partially into the air, spun about 330°, and impacted the ground a final time. The impact forces, which exceeded certification limits, resulted in the inflation of two slides within the cabin, injuring and temporarily trapping two flight attendants. Six occupants were ejected from the airplane during the impact sequence: two of the three fatally injured passengers and four of the seriously injured flight attendants. The four flight attendants were wearing their restraints but were ejected due to the destruction of the aft galley where they were seated. The two ejected passengers, one of whom was later rolled over by two firefighting vehicles, were not wearing their seatbelts. The NTSB determined that both would likely have remained in the cabin and survived had their seatbelts been worn.

After the airplane came to a stop, a fire initiated within the separated right engine, which came to rest adjacent to the right side of the fuselage. When one of the flight attendants became aware of the fire, he initiated an evacuation, and 98% of the passengers self-evacuated. As the fire spread into the fuselage, firefighters entered the airplane and extricated five passengers who were injured and unable to evacuate. One later died. Overall, 99% of the airplane’s occupants survived.

On June 28, 2017 I launched our sister channel “What You Haven’t Seen,” introducing the world to the full-length surveillance video showing the crash of Asiana 214 at SFO.

On January 28, 2020, I posted the helmet camera footage to this channel. It’s time for the lesser-known heroes of the day to get recognized: the people who answered the phones.

It was widely reported that the San Francisco Fire Department banned helmet cameras after this footage came to light. That is incorrect. A ban existed prior. The move’s optics were certainly poor, but the supposedly reactionary ban was in fact the reiteration of a policy that already existed.

The truth? The settlement was for $0 and the City did not admit fault. The available evidence appears to indicate that Yuan was already dead when she was run over. Particularly notable is the absence of foam and dust from her lungs, indicating that she never inhaled those materials. That does not excuse running over a body, but it is reality.

I want to be transparent about the source material I relied on in forming my conclusions about Asiana 214. With the exception of video, all of that material is posted at https://rwp.yt/asiana. 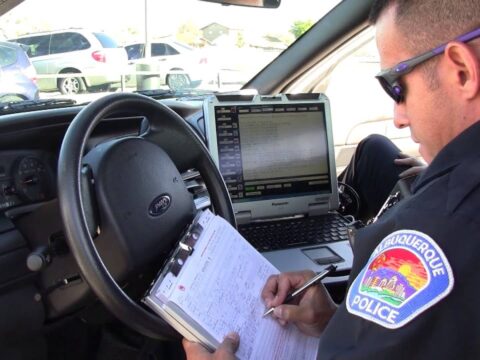 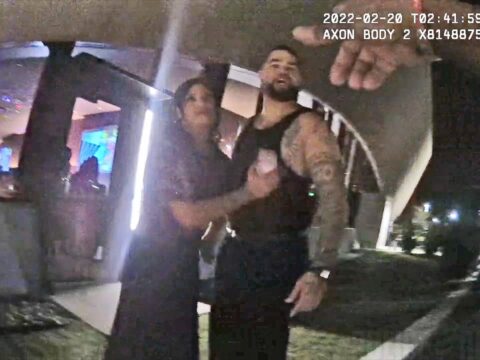 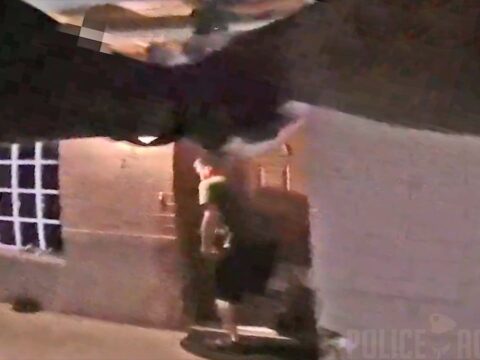 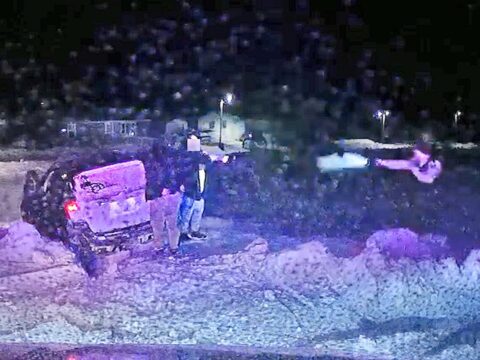